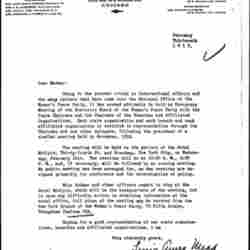 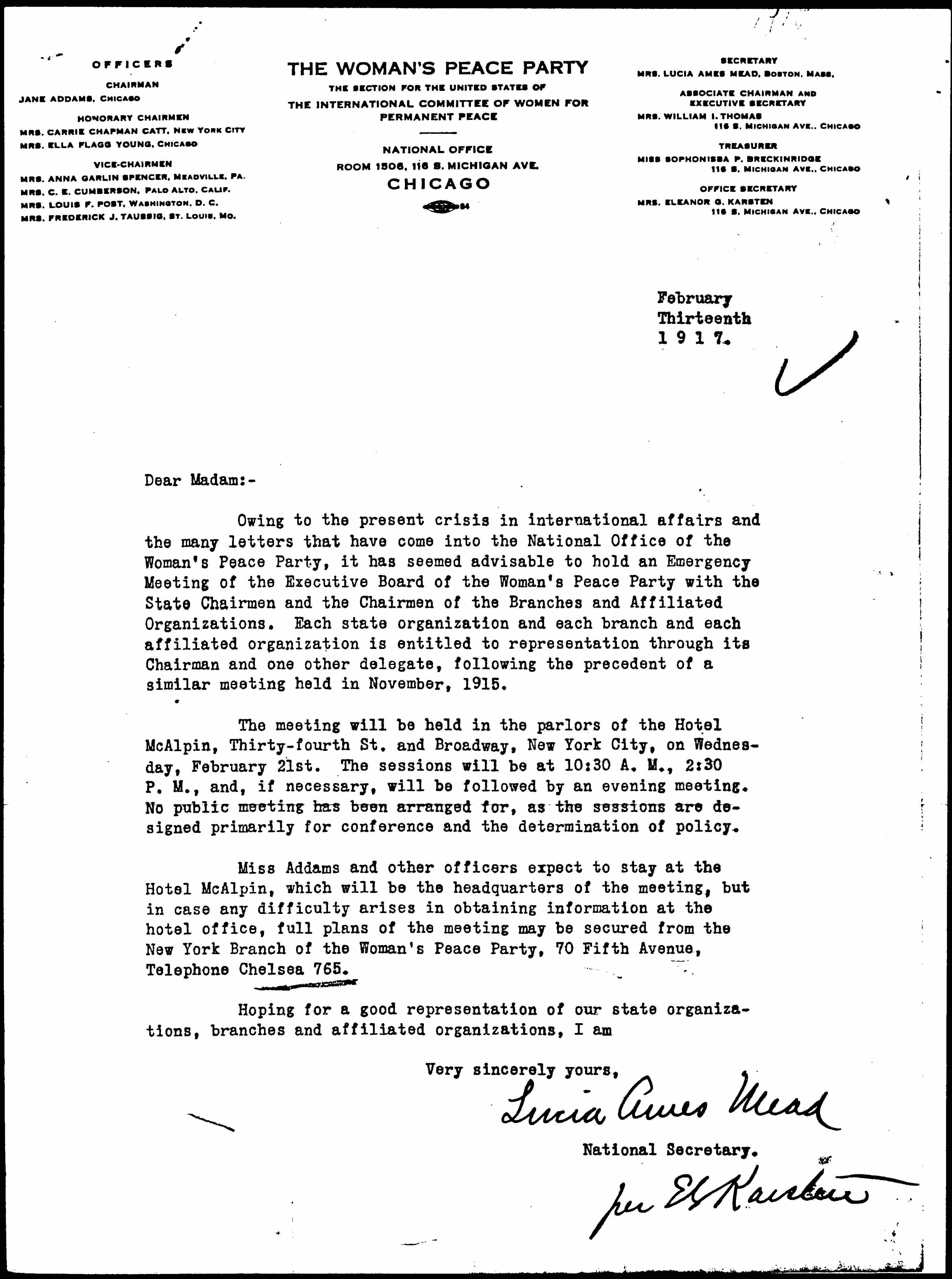 Owing to the present crisis in international affairs and the many letters that have come into the National Office of the Woman's Peace Party, it has seemed advisable to hold an Emergency Meeting of the Executive Board of the Woman's Peace Party with the State Chairmen and the Chairmen of the Branches and Affiliated Organizations. Each state organization and each branch and each affiliated organization is entitled to representation through its Chairman and one other delegate, following the precedent of a similar meeting held in November, 1915.

The meeting will be held in the parlors of the Hotel McAlpin, Thirty-fourth St. and Broadway, New York City, on Wednesday, February 21st. The sessions will be at 10:30 A.M., 2:30 P.M., and, if necessary, will be followed by an evening meeting. No public meeting has been arranged for, as the sessions are designed primarily for conference and the determination of policy.

Miss Addams and other officers expect to stay at the Hotel McAlpin, which will be the headquarters of the meeting, but in case any difficulty arises in obtaining information at the hotel office, full plans of the meeting may be secured from the New York Branch of the Woman's Peace Party, 70 Fifth Avenue, Telephone Chelsea 765. 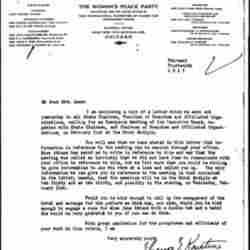 Mead informs Lane of an upcoming emergency meeting of the Executive Board of the Woman's Peace Party with State Chairmen and other organizations.