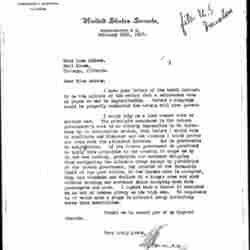 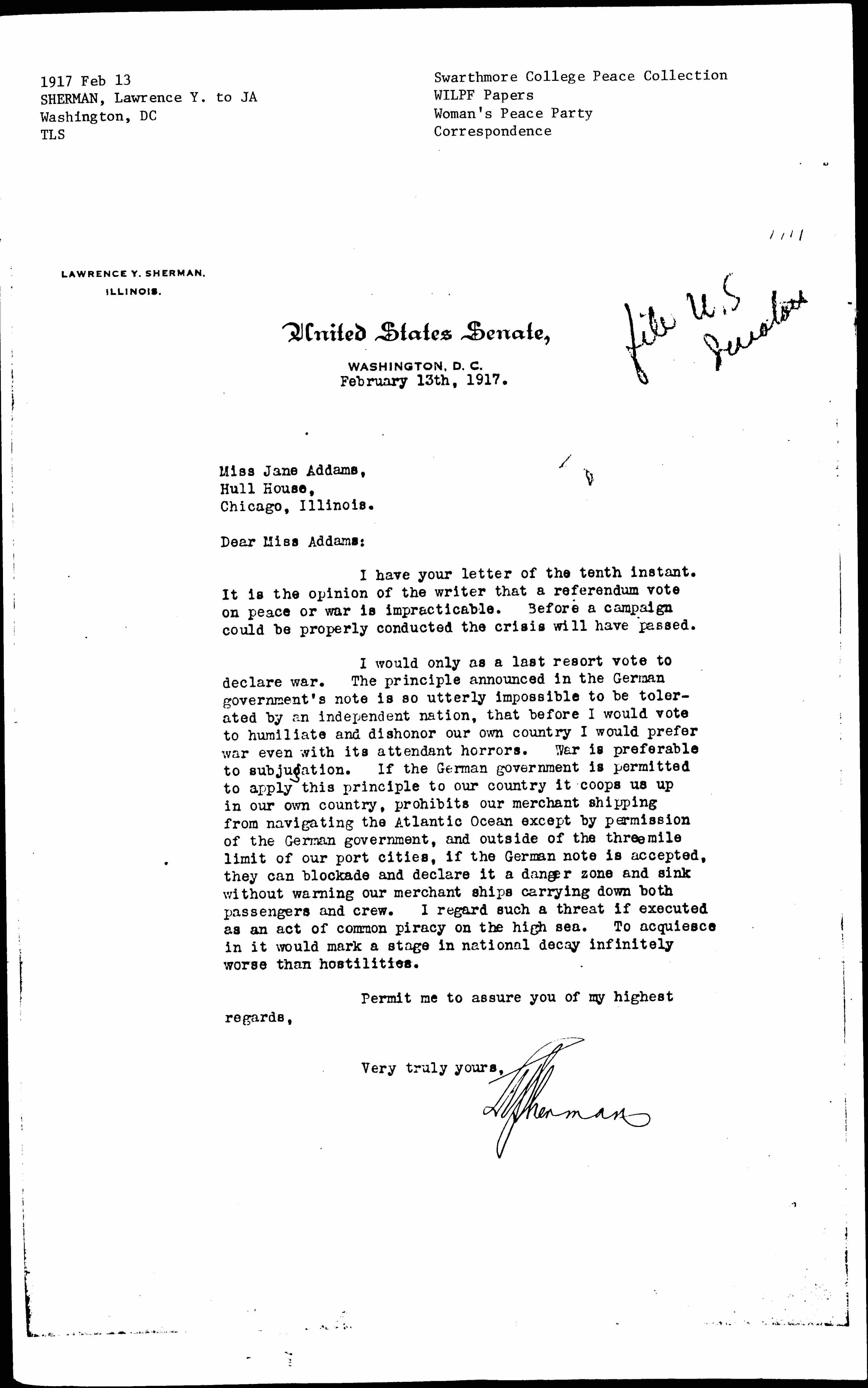 I have your letter of the tenth instant. It is the opinion of the writer that a referendum vote on peace or war is impracticable. Before a campaign could be properly conducted the crisis will have passed.

I would only as a last resort vote to declare war. The principle announced in the German government's note is so utterly impossible to be tolerated by an independent nation, that before I would vote to humiliate and dishonor our own country I would prefer war even with its attendant horrors. War is preferable to subjugation. If the German government is permitted to apply this principle to our country it coops us up in our own country, prohibits our merchant shipping from navigating the Atlantic Ocean except by permission of the German government, and outside of the three mile limit of our port cities, if the German note is accepted, they can blockade and declare it a danger zone and sink without warning our merchant ships carrying down both passengers and crew. I regard such a threat if executed as an act of common piracy on the high sea. To acquiesce in it would mark a stage in national decay infinitely worse than hostilities.

Permit me to assure you of my highest regards, 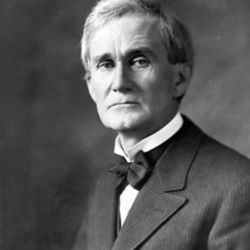 Sherman tells Addams that he believes a referendum vote for peace would not do any good, even though he sees war as a last resort.

Writing on the top right of this letter likely written by Addams reads: "file U.S Senators".