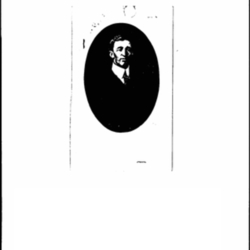 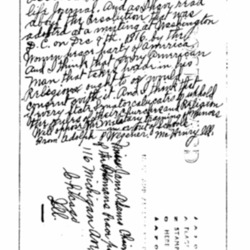 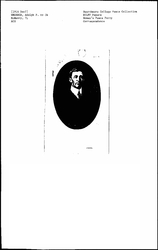 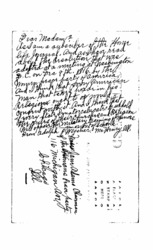 As I am a [subscriber] of the Home Life Journal. And as I have read about the Resolution that was [adopted] at a meeting at Washington D.C. on Dec 9th. 1916. by the [Woman's] Peace Party of America. And I think that every American man that takes pride in his [Religion] ought to or would consent with it. And I think that if every State Senator [calculates] to uphold the rules of their Churches and Religion will oppose the military training of minors in or out of Schools.