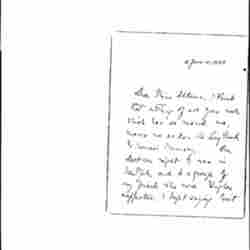 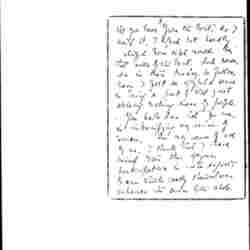 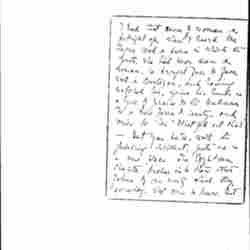 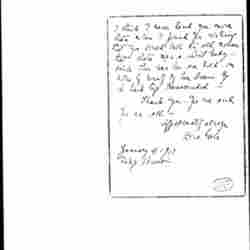 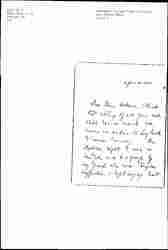 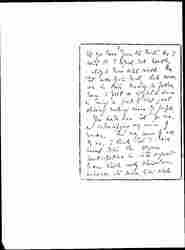 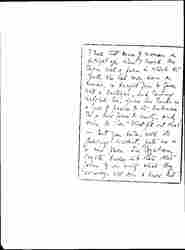 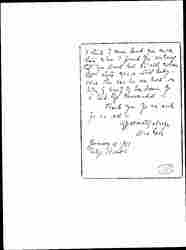 Dear Miss Addams, I think that nothing of all your work which has so moved me, moves me as does The Long Road of Woman's Memory. On election night I was in New York, and to a group of my friends who were Hughes supporters, I kept saying wait [page 2] till you hear from the West. As I said it, I hoped but hardly realized how vital would be that voice of the West. And never, as in those two days to follow, have I felt so joyful a sense in being a part of that great stirring waking mass of people.

Your book does that for me, in intensifying my sense of women. In my sense of all of us, I think that I have missed often this joyous participation in those aspects of us -- which really themselves enhance the sense of the whole. [page 3] I had that sense of women a fortnight ago, when I heard Mr. Tagore read a poem in which the youth, who had never seen a woman, is brought face to face with a [courtesan], and having watched her, joins his hands in a lyric of praise to the Unknown for a new form of beauty, and cries to her "What god art thou?"

But your book, with its piercing incident, puts me in a new place. The Egyptian chapter touches into those other forms of our unity which they, someday, will come to know. But [page 4] I think I never loved you more than when I found you wishing that you could tell the old woman that there was a Devil Baby -- since this was her one hold on hope of proof of her dream of a hard life transcended. --

Gale praises Addams for The Long Road of Woman's Memory.