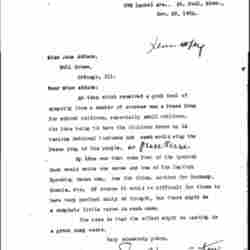 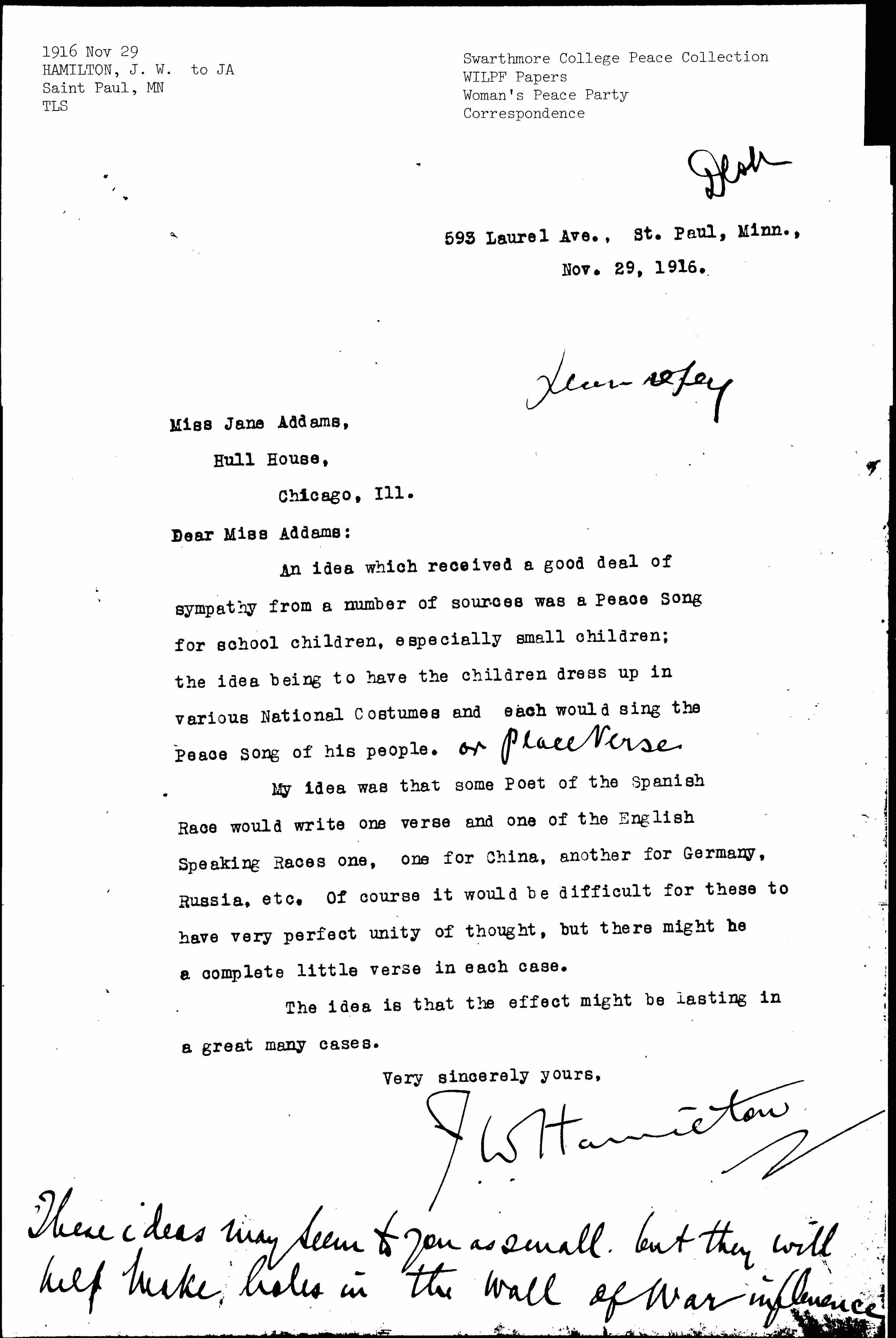 An idea which received a good deal of sympathy from a number of sources was a Peace Song for school children, especially small children; the idea being to have the children dress up in various National Costumes and each would sing the Peace Song of his people. <or Peace Verse>

My idea was that some Poet of the Spanish Race would write one verse and one of the English Speaking Races one, one for China, another for Germany, Russia, etc. Of course it would be difficult for these to have very perfect unity of thought, but there might be a complete little verse in each case.

The idea is that the effect might be lasting in a great many cases.

Woodburn writes to Addams describing a poem written by multiple people and an event involving children of all nationalities in the hopes of promoting world peace.