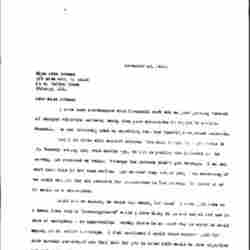 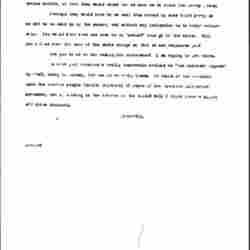 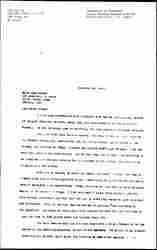 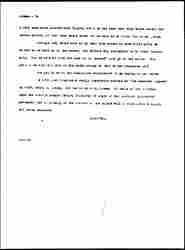 I have been overwhelmed with financial work and am just getting abreast of delayed editorial matters; among them your enclosures in regard to Bertrand Russell. We can certainly make up something from the Cambridge Magazine material.

But I am fired with another notion. You will recall that you wrote to Mr. Russell asking him, some months ago, to let us publish his lectures in The Survey, but received no reply. Perhaps the letters didn't get through. I am not sure that this is the same series. But whether they are or not, I am wondering if we could not get the six lectures for publication in The Survey. It seems to me it would be a ten-strike.

Would you be willing to cable him asking for them? I have [$250] free in a small item called "Investigations" which I have clung to in our budget for use in case of emergency -- or opportunity. Surely there is no other way in which we could employ it to better advantage. I feel confident I could raise another $250 for this special purpose, if you felt that for you to offer $500 would be more dignified and effective. That, by the way, was the amount of his fine, and according to the Cambridge Magazine his belongings were exposed for sale for just that sum to pay the fine of 100 pounds under the Defense Realm Act.

You will know whether you had best cable direct to Mr. Russell or to the editor of the Cambridge Magazine, to act as our emissary. Of course it is conceivable that Mr. Russell could place the lectures in some other American [magazine for?] [page 2] a very much more considerable figure; but I do not know that they would handle the series entire, or that they would count for as much as to reach The Survey group.

Perhaps they would have to be sent from abroad by some third party so as not to be held up by the censor, and without any indication as to their authorship. You would know best how much as to "method" need go in the cable. Will you let me know the cost of the cable charge so that we can reimburse you?

Are you to be at the Washington conference? I am hoping to get there.

We have just received a really remarkable article on "The American Bugbear" by Prof. Henry R. Mussey, for use in an early issue. It tells of the reaction upon the average people (social thinkers) of Japan of the American militarist movement; and by showing us the reverse of the shield will I think prove a mighty effective document.

Kellogg writes to Addams relating ideas for future publications in The Survey, including lectures and an article by Bertrand Russell and Henry Raymond Mussey, respectively.