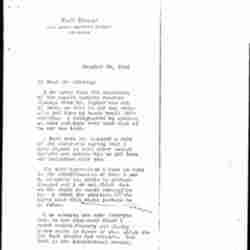 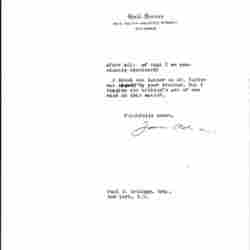 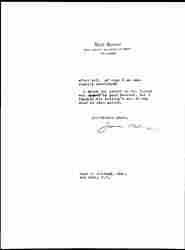 I am sorry that the statement of the social workers reached Chicago when Mr. Taylor was out of town, so that it did not actually get into my hands until this morning. I telegraphed my consent at once and hope very much that it was not too late.

I have sent Mr. Hapgood a copy of the statement saying that I have signed it with other social workers and asking him to get into communication with you.

The only suggestion I have to make is the amplification of Nos. 1 and 2, although the style is perhaps changed and I do not think that on the whole it would strengthen it. I think the addition of the Eight Hour Bill <Clause> might perhaps be of value.

I am sending you some excerpts from my own statement which I found unsatisfactory and gladly threw aside in favor of that which the New York people had written. New York is the intellectual [center], [page 2] after all; of that I am constantly convinced!

I think the letter to Mr. Taylor was signed by your brother, but I imagine the Kellogg's are of one mind in this matter. 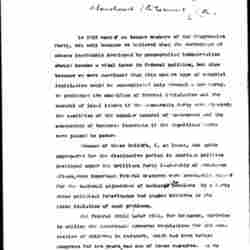 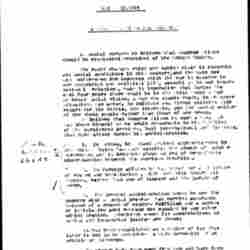 Addams gives Kellogg suggestions on improving the statement of support for Woodrow Wilson that he is circulating for social workers.