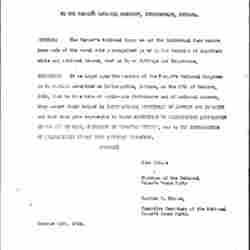 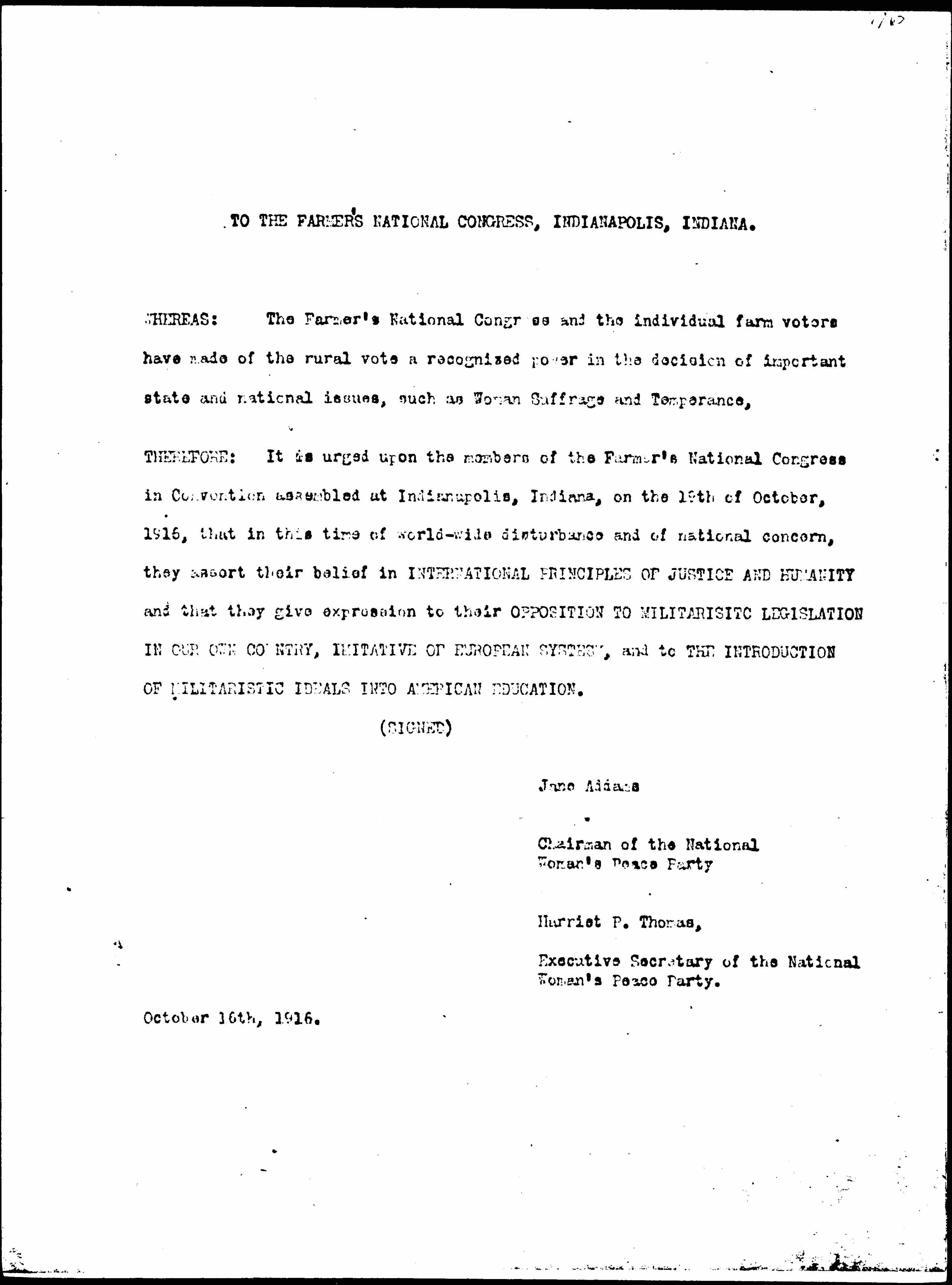 WHEREAS: The Farmer's National Congress and the individual farm voters have made of the rural vote a recognized power in the decision of important state and national issues, such as Woman Suffrage and Temperance,

THEREFORE: It is urged upon the members of the Farmer's National Congress in Convention assembled at Indianapolis, Indiana, on the 19th of October, 1916, that in this time of world-wide disturbance and of national concern, they assert their belief in INTERNATIONAL PRINCIPLES OF JUSTICE AND HUMANITY and that they give expression to their OPPOSITION TO MILITARISTIC LEGISLATION IN OUR OWN COUNTRY, IMITATIVE OF EUROPEAN [SYSTEMS], and to THE INTRODUCTION OF MILITARISTIC IDEALS INTO AMERICAN EDUCATION. 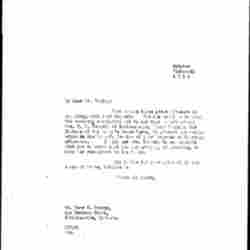