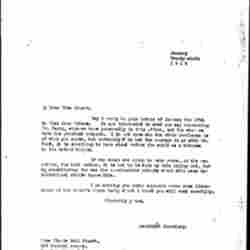 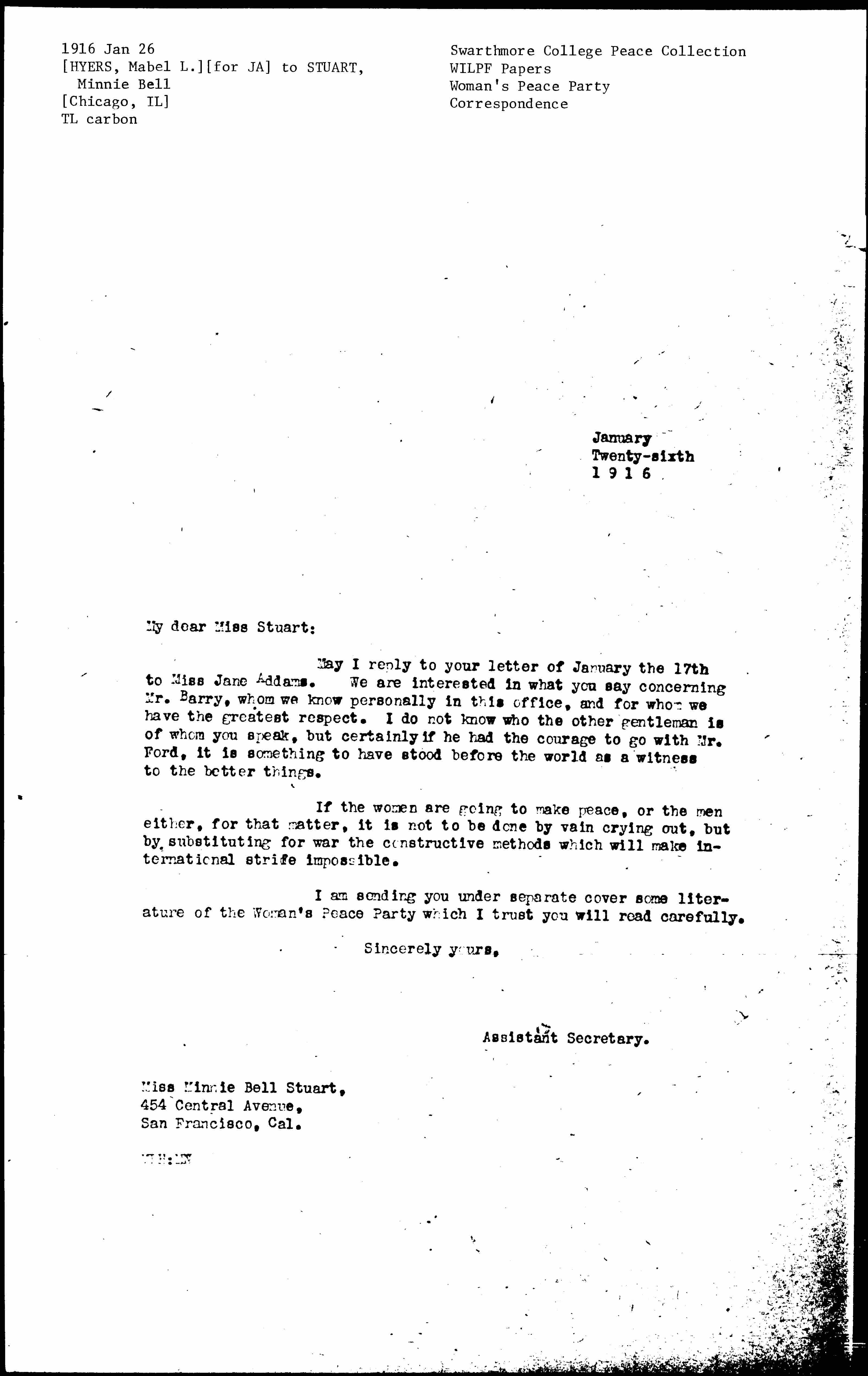 May I reply to your letter of January the 17th to Miss Jane Addams. We are interested in what you say concerning Mr. Barry, whom we know personally in this office, and for whom we have the greatest respect. I do not know who the other gentleman is of whom you speak, but certainly if he had the courage to go with Mr. Ford, it is something to have stood before the world as a witness to the better things.

If the women are going to make peace, or the men either, for that matter, it is not to be done by vain crying out, but by substituting for war the constructive methods which will make international strife impossible.

I am sending under separate cover some literature of the Woman's Peace Party which I trust you will read carefully.

Hyers thanks Stuart for her letter and argues that peace can only be won by constructive methods.