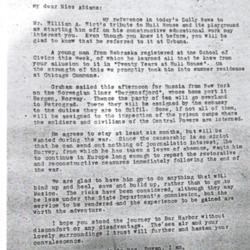 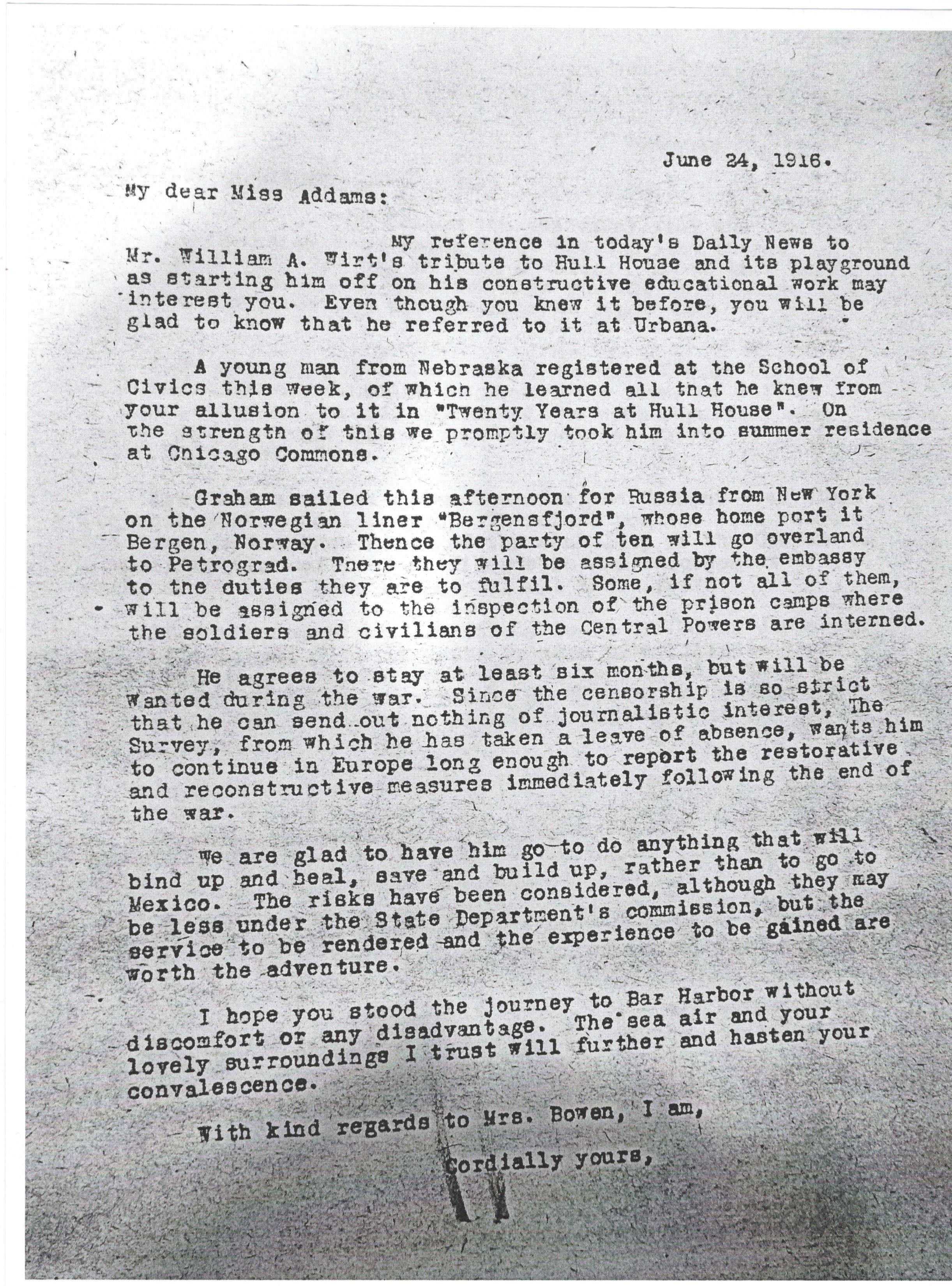 My reference in today's Daily News to Mr. William A. Wirt's tribute to Hull House and its playground as starting him off on his constructive educational work may interest you. Even though you knew it before, you will be glad to know that he referred to it at Urbana.

A young man from Nebraska registered at the School of Civics this week, of which he learned all that he knew from your allusion to it in "Twenty Years at Hull House". On the strength of this we promptly took him into summer residence at Chicago Commons.

Graham sailed this afternoon for Russia from New York on the Norwegian liner "Bergensfjord", whose home port [is] Bergen, Norway. Thence the party of ten will go overland to Petrograd. There they will be assigned by the embassy to the duties they are to [fulfill]. Some, if not all of them, will be assigned to the inspection of the prison camps where the soldiers and civilians of the Central Powers are interned.

He agrees to stay at least six months, but will be wanted during the war. Since the censorship is so strict that he can send out nothing of journalistic interest, The Survey, from which he has taken a leave of absence, wants him to continue in Europe long enough to report the restorative and reconstructive measure immediately following the end of the war.

We are glad to have him go to do anything that will bind up and heal, save and build up, rather than to go to Mexico. The risks have been considered, although they may be less under the State Department's commission, but the service to be rendered and the experience to be gained are worth the adventure.

I hope you stood the journey to Bar Harbor without discomfort or any disadvantage. The sea air and your lovely surroundings I trust will further and hasten your convalescence.

With kind regards to Mrs. Bowen, I am, 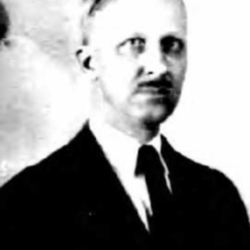 Taylor updated Addams on news, including his son's embassy position in Russia.