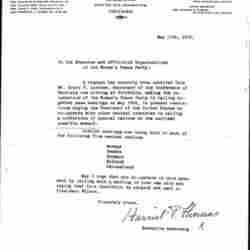 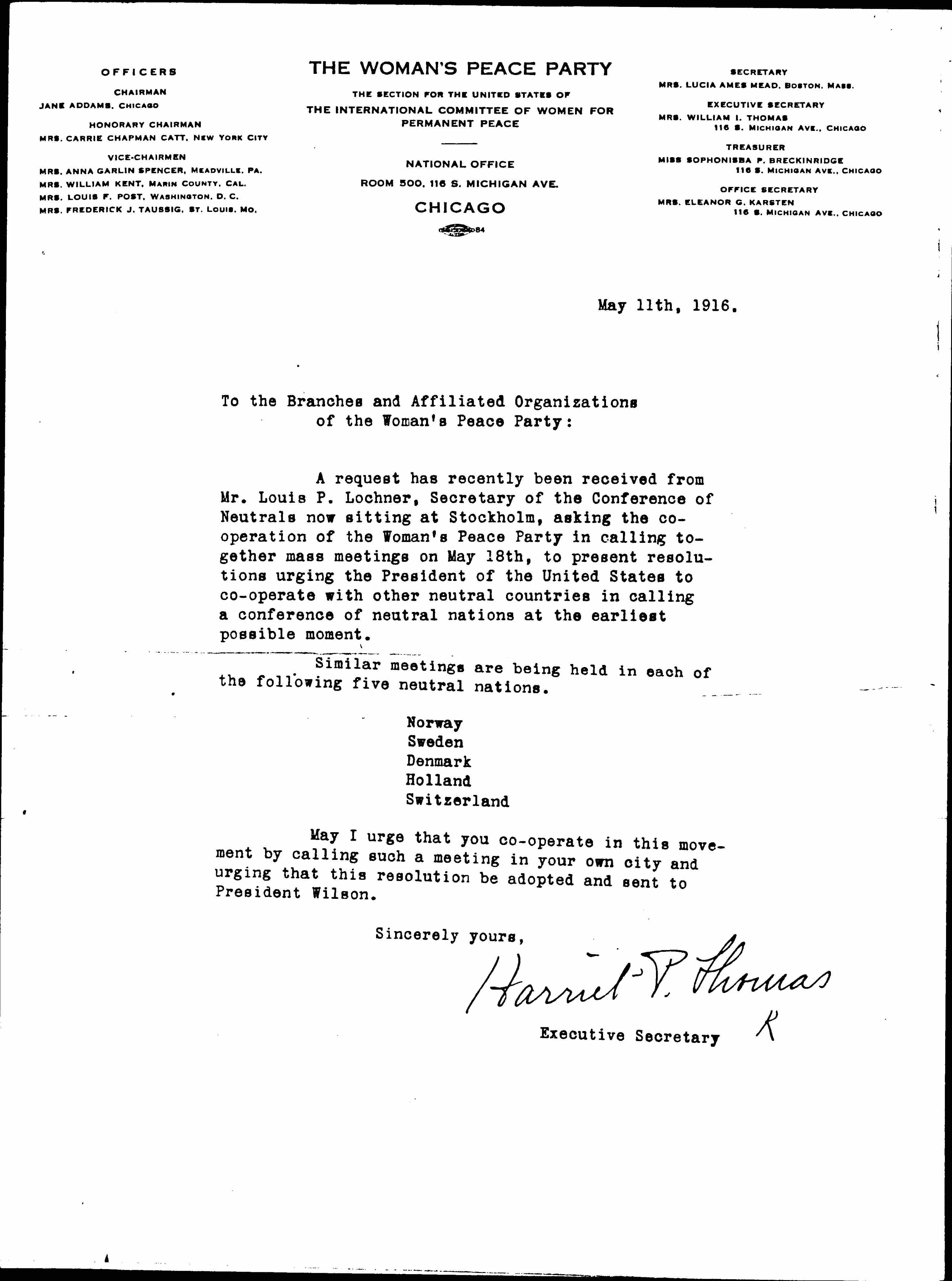 To the Branches and Affiliated Organizations of the Woman's Peace Party:

A request has recently been received from Mr. Louis P. Lochner, Secretary of the Conference of Neutrals now sitting at Stockholm, asking the cooperation of the Woman's Peace Party in calling together mass meetings on May 18th, to present resolutions urging the President of the United States to [cooperate] with other neutral countries in calling a conference of neutral nations at the earliest possible moment.

Similar meetings are being held in each of the following five neutral nations.

May I urge that you [cooperate] in this movement by calling such a meeting in your own city and urging that this resolution be adopted and sent to President Wilson. 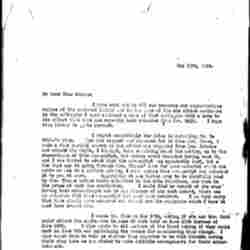 Thomas urges Woman's Peace Party branches hold simultaneous mass meetings for peace on May 18 and to send resolutions to the President.