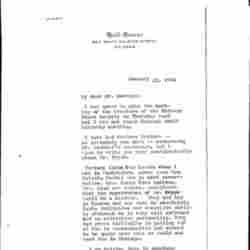 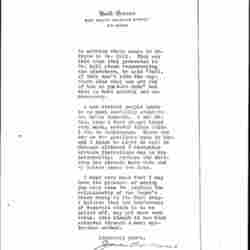 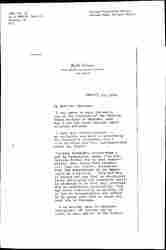 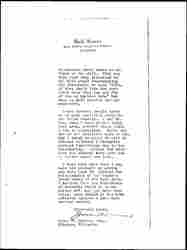 I was sorry to miss the meeting of the trustees of the Chicago Peace Society on Thursday last but I did not reach Chicago until Saturday morning.

I have had various letters -- as certainly you have -- concerning Mr. Lochner's successor, and I wish to write you very confidentially about Mr. Tryon.

Various ladies from Boston whom I met in Washington, among them Mrs. Malcolm Forbes who is most conservative, Mrs. Fanny Fern Andrews, Mrs. Mead and others, considered that the appointment of Mr. Tryon would be a mistake. They had him in Boston and say that he absolutely lacks initiative and executive ability although he is a very well informed and attractive personality. They had great difficulty in getting rid of him in Massachusetts and seemed to be quite sure that we would not want him in Chicago.

I am writing this in absolute confidence, of course, and it would be most unfair to the ladies [page 2] to mention their names to Mr. Tryon or Mr. Call. They say that when they protested to Mr. Call about recommending him elsewhere, he said "Well, if they don't like him anywhere else they can get rid of him as you have done" but this is both painful and unnecessary.

A man several people spoke to me most cordially about was Mr. Lewis Gannett. I saw Dr. Mez, whom I have always liked very much, several times while I was in Washington. There are one or two positions open to him, and I think he might do well in Chicago although I recognize certain limitations due to his nationality. Perhaps the decision has already been made and my letter comes too late.

I hope very much that I may have the pleasure of seeing you very soon to explain the relationship of the Woman's Peace Party to the Ford ship. I believe that the Conference of Neutrals which is to be pulled off, may yet have some value, even though it has been achieved through a most mysterious method. 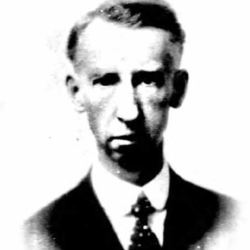 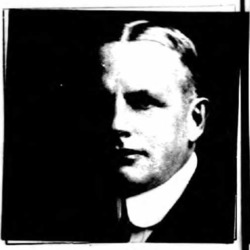 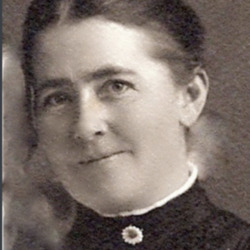 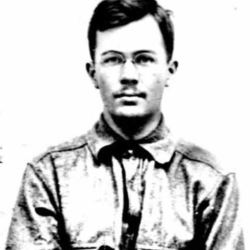 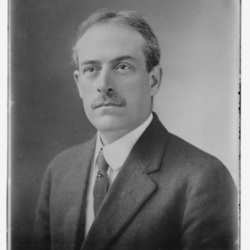 Addams advises Morris not to hire James Tryon, instead suggesting that they hire Lewis Gannett for the Chicago Peace Society position.