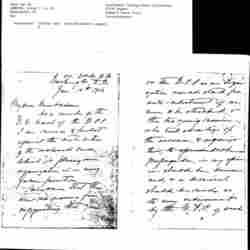 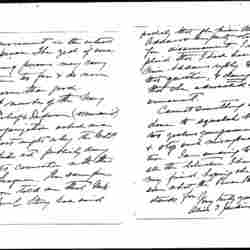 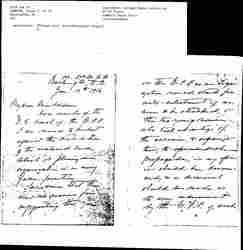 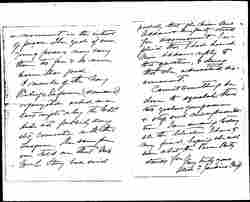 As a member of the D.C. branch of the W.P.P. I am moved to protest against the distribution of the [enclosed] card which is placing our organization in a very false position.

I am sure that there are no reasons for supposing that you [page 2] or the W.P.P. as an organization would stand for anti-enlistment if we were to be attacked, & the two young women who took advantage of the occasion, & organization, to spread such propaganda, in my opinion should be denounced, & a disavowal should be made as to any endorsement by the W.P.P. of such [page 3] a movement in the interest of peace. The zeal of some young persons may carry them too far & do more harm than good.

A member of the Navy Relief & Defense (woman's) organization asked me last night why the W.P.P. did not publicly deny its connection with this League. The same person told me that Mrs Wm C. [Story] had said [page 4] publicly that she knows Miss Addams & her party stood for disarmament. I replied that I have heard Miss Addams reply to that question, & deny that she advocated disarmament.

Cannot something be done to squelch these two zealous young women & stop such misrepresentation. I am sending today all the literature I have to my friend, hoping she will see what the Peace Party stands for. 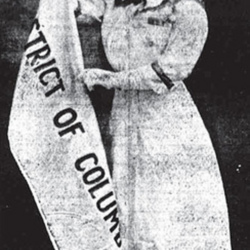 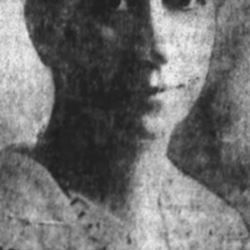 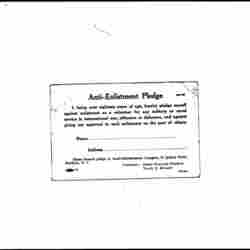