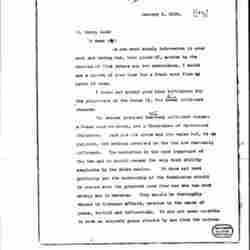 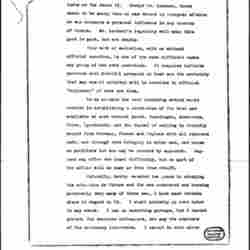 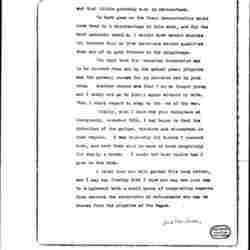 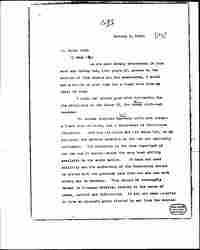 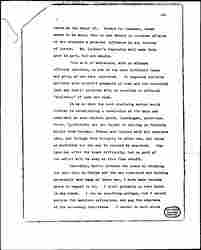 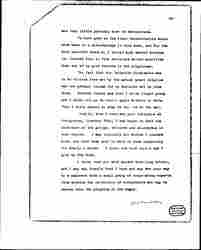 As one most deeply interested in your work and having had, like yourself, access to the records of Miss Addams and her associates, I would ask a moment of your time for a frank word from my point of view.

I could not accept your kind invitation for the pilgrimage of the Oscar II, for these <three> different reasons:

The scheme involved too many two different ideas -- a Peace Demonstration, and a Commission of Continuous Mediation. Each has its place and its value but, in my judgment, the methods involved in the two are radically different. The mediation is the more important of the two and it should demand the very best ability available in the whole nation. It does not need publicity and the membership of the Commission should be chosen with the greatest care from men who can work wisely and in harmony. They should be thoroughly versed in European affairs, devoted to the cause of peace, tactful and influential. It did not seem possible to have an adequate group elected by and from the enthusiasts [page 2] on the Oscar II. Except Mr. Lochner, there seems to be among them no man versed in European affairs or who commands a personal influence in any country of Europe. Mr. Lochner's ingenuity will make this good in part, but not wholly.

This work of mediation, with or without official sanction, is one of the most difficult tasks any group of men ever undertook. It requires infinite patience with doubtful prospect at best and the certainty that any result achieved will be credited to official "diplomacy" of someone else.

In my opinion the most promising method would consist in establishing a commission of the best men available at some neutral point, Copenhagen, Amsterdam, Berne, (preferably not The Hague) of calling in friendly people from Germany, France and England with all expenses paid, and through them bringing in other men, not known as pacifists but who may be reached by argument. England may offer the least difficulty, but no part of the affair will be easy or free from rebuff.

Naturally, having devoted two years to studying the situation in Europe and the men concerning and knowing personally very many of these men, I have made certain plans in regard to it. I shall probably go over later in any event. I can do something perhaps, but I cannot provide for American colleagues, nor pay the expenses of the necessary interviews. I cannot do much alone [page 3] and that little probably best in Switzerland.

To have gone on the Peace demonstration would have been a disadvantage in this work, and for the best possible results, I should have needed besides Mr. Lochner four or five Americans better qualified than any of my good friends in the pilgrimage.

The fact that the Mediation Commission was to be elected from and by the actual peace pilgrims was the primary reason for my decision not to join them. Another reason was that I am no longer young and I shall not go to Europe again without my wife. Then I shall expect to stay to the end of the war.

Finally, when I received your telegrams at Montgomery, November 30th, I had begun to feel the infection of the grippe, virulent and widespread in that region. I was violently ill before I reached home, and have been shut in more or less completely for nearly a month. I could not have sailed had I gone to New York.

I trust that you will pardon this long letter, and I may say frankly that I hope you may see your way to supplement with a small group of cooperating experts from America the commission of enthusiasts who may be chosen from the pilgrims at The Hague. 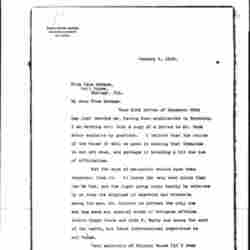 Jordan explains to Ford why he could not participate in the Ford Peace Ship expedition and advises him on a better way to work for peace.