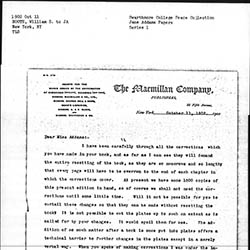 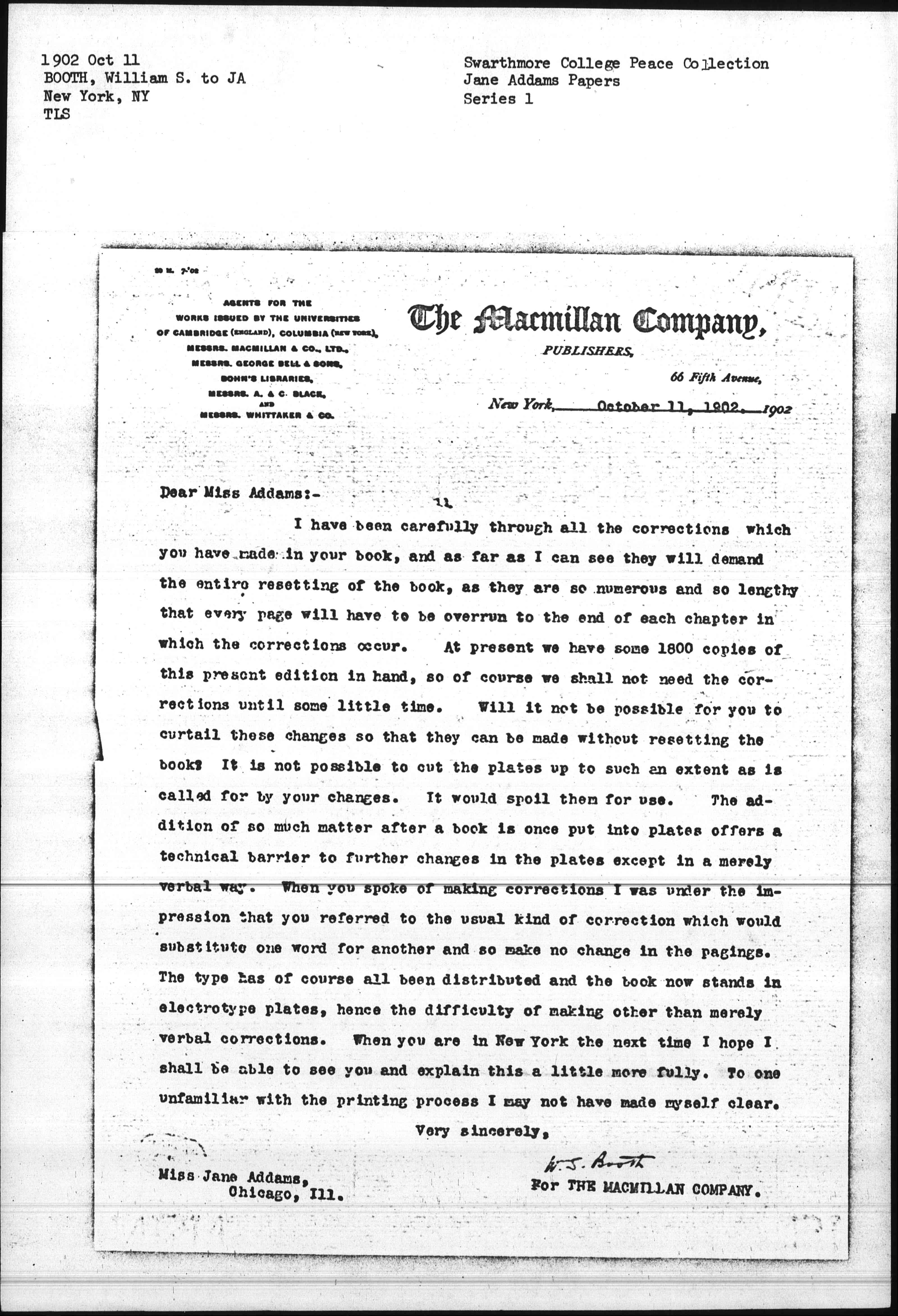 I have been carefully through all the corrections which you have made in your book, and as far as I can see they will demand the entire resetting of the book, as they are so numerous and so lengthy that every page will have to be overrun to the end of each chapter in which the corrections occur.  At present we have some 1800 copies of this present edition in hand, so of course we shall not need the corrections until some little time.  Will it not be possible for you to curtail these changes so that they can be made without resetting the book?  It is not possible to cut the plates up to such an extent as is called for by your changes.  It would spoil them for use.  The addition of so much matter after a book is once put into plates offers a technical barrier to further changes in the plates except in a merely verbal way.  When you spoke of making corrections I was under the impression that you referred to the usual kind of correction which would substitute one word for another and so make no change in the pagings.  The type has of course all been distributed and the book now stands in electrotype plates, hence the difficulty of making other than merely verbal corrections.  When you are in New York the next time I hope I shall be able to see you and explain this a little more fully.  To one unfamiliar with the printing process I may not have made myself clear.

Booth asks Addams to limit the number of corrections for the new printing of Democracy and Social Ethics.