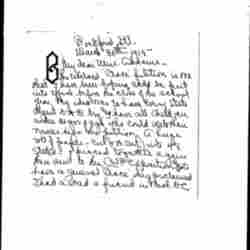 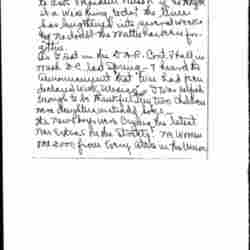 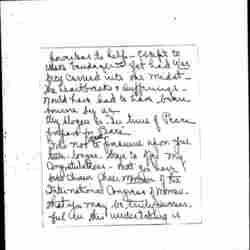 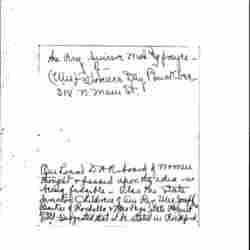 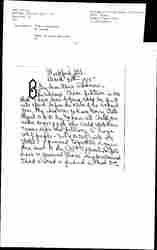 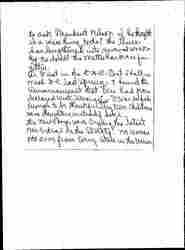 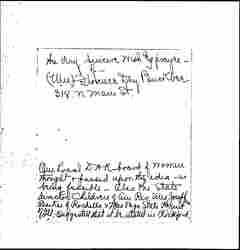 The enclosed "Peace" petition is one that I have been hoping could be put into effect before the close of the school year. My idea was to have every State Regent D.A.R. try and have all children under 21 yrs of age who could write their names sign the petition. A huge roll of paper -- cut (& recut) into 48 states -- & pieced together again then sent to the Cala Exposition and to have a general "Peace" day proclaimed. I had asked a friend in Wash D.C. [page 2] to ask President Wilson if he thought it a wise thing to do? The time has lengthened into several weeks and no doubt the matter has been forgotten.

As I sat in the D.A.R. Cont. Hall in Wash D.C. last spring -- & heard the Announcement that "War had between declared with Mexico" -- I was selfish enough to be thankful <that> my two children were daughters, instead of sons.

The news boys were crying the latest war extras on the streets. We women one 2000, from every state in the Union [page 3] powerless to help -- except to make bandages [etc.] Yet had War been carried into our midst -- the heartbreaks & sufferings -- would have had to have been [borne] by us.

My slogan is -- "In time of Peace prepare for Peace".

Our Local D.A.R. board of women thought & passed upon the idea -- as being feasible -- also the state director Children of Am. Rev. Mrs Josephine Barker of Rochelle & Mrs Page State Regent of Ill. -- suggested that it be stated in Rockford. 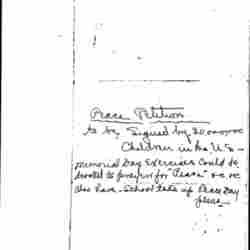 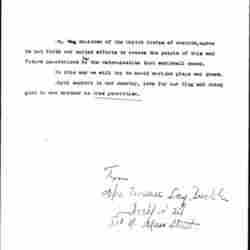 Buckbee suggests a plan to involve school children in the peace movement.