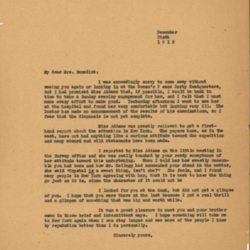 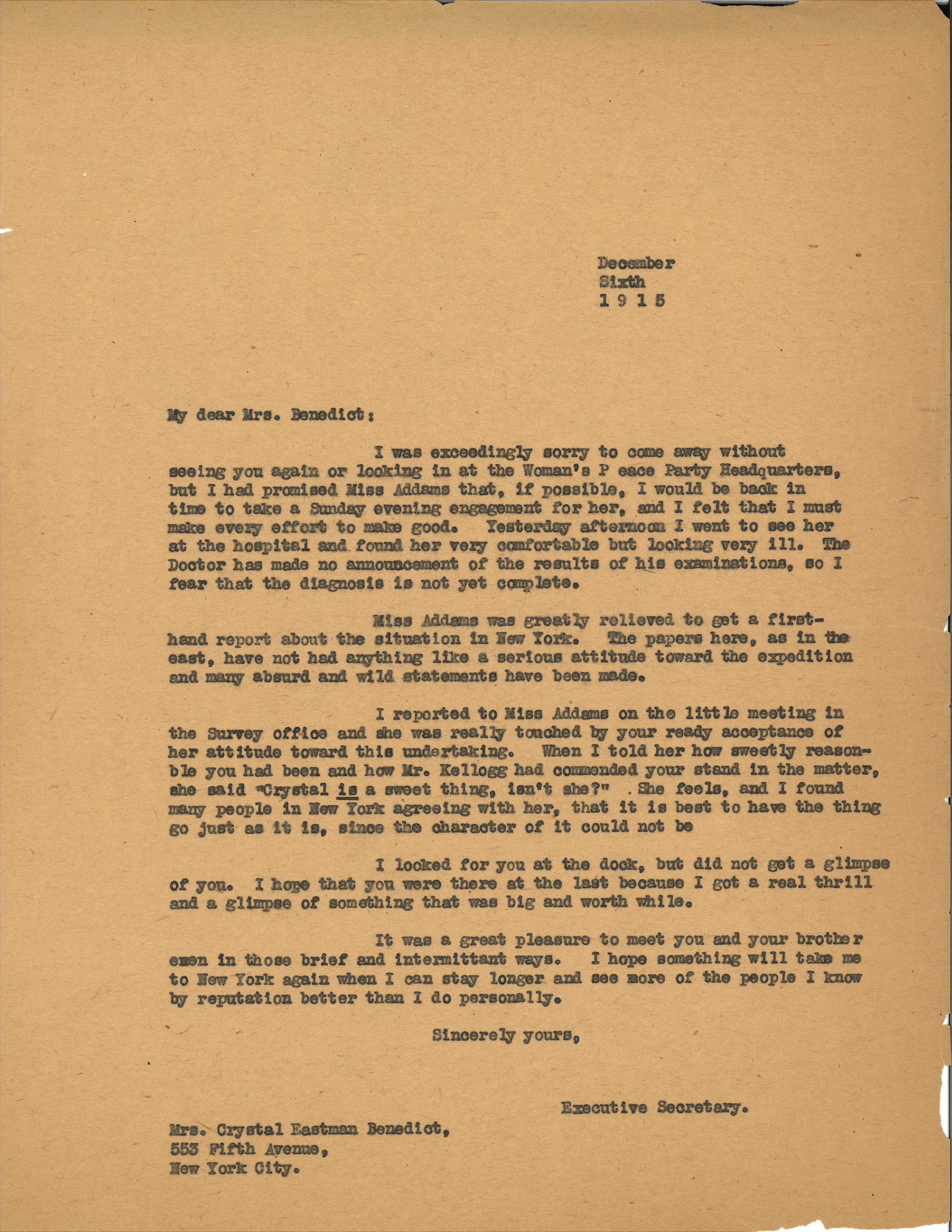 I was exceedingly sorry to come away without seeing you again or looking in at the Woman's Peace Party Headquarters, but I had promised Miss Addams that, if possible, I would be back in time to take a Sunday evening engagement for her, and I felt that I must make every effort to make good. Yesterday afternoon I went to see her at the hospital and found her very comfortable but looking very ill. The Doctor has made no announcement of the results of his examinations, so I fear that the diagnosis is not yet complete.

Miss Addams was greatly relieved to get a firsthand report about the situation in New York. The papers here, as in the east, have not had anything like a serious attitude toward the expedition and many absurd and wild statements have been made.

I reported to Miss Addams on the little meeting in the Survey offices and she was really touched by your ready acceptance of her attitude toward this undertaking. When I told her how sweetly reasonable you had been and how Mr. Kellogg had commended your stand in the matter, she said "Crystal is a sweet thing, isn't she?" She feels, and I found many people in New York agreeing with her, that it is best to have the thing go just as it is, since the character of it could not be.

I looked for you at the dock, but did not get a glimpse of you. I hope that you were there at the last because I got a real thrill and a glimpse of something that was big and worth while.

It was a great pleasure to meet you and your brother even in those brief and intermittent ways. I hope something will take me to New York again when I can stay longer and see more of the people I know by reputation better than I do personally.

Thomas writes that Addams' health is still poor and discusses the Ford Peace Ship expedition and Addams' view of Eastman.