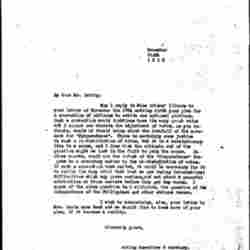 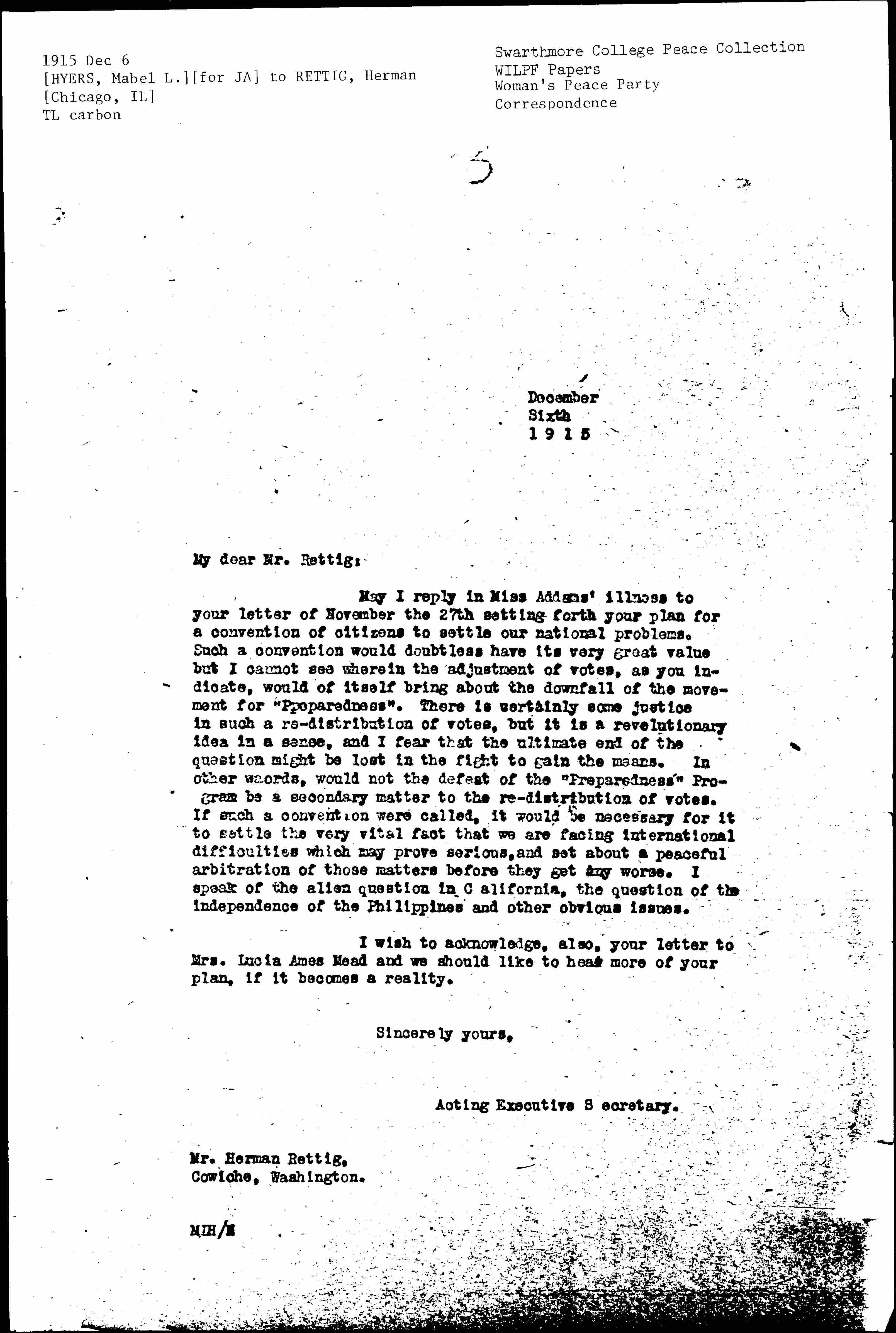 May I reply in Miss Addams' illness to your letter of November the 27th setting forth your plan for a convention of citizens to settle our national problems. Such a convention would doubtless have its very great value but I cannot see wherein the adjustment of votes, as you indicate, would of itself bring about the downfall of the movement for "Preparedness". There is certainly some justice in such a [redistribution] of votes, but it is a revolutionary idea in a sense, and I fear that the ultimate end of the question might be lost in the fight to gain the means. In other words, would not the defeat of the "Preparedness" Program be a secondary matter to the [redistribution] of votes. If such a convention were called, it would be necessary for it to settle the very vital fact that we are facing international difficulties which may prove serious, and set about a peaceful arbitration of those matters before they get any worse. I speak of the alien question in California, the question of the independence of the Philippines and other obvious issues.

I wish to acknowledge, also, your letter to Mrs. Lucia Ames Mead and we should like to hear more of your plan, if it becomes a reality.

Hyers writes for Addams and addresses concerns about Rettig's plan for a citizen's convention to fight the preparedness movement.