Plan for Permanent Peace by the Disarmament of Every Nation in the World, December 1915 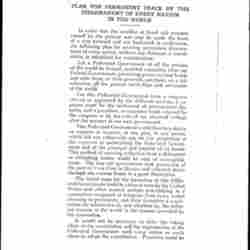 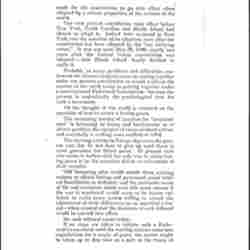 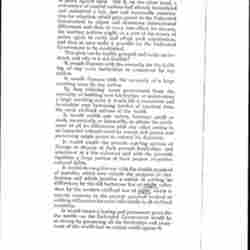 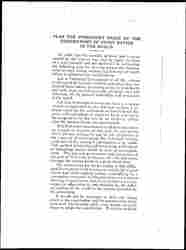 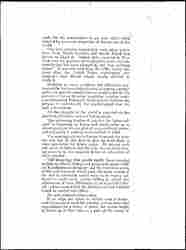 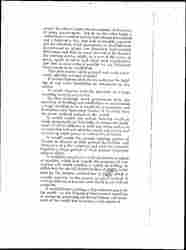 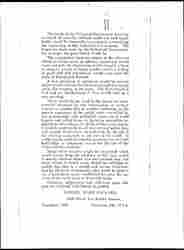 In order that the sacrifice of blood and treasure caused by the present war may be made the basis of a step forward and not backward in civilization, the following plan for securing permanent disarmament of every nation, without any dishonor or humiliation, is submitted for consideration:

Let a Federated Government of all the nations of the world be formed, modeled somewhat after our Federal Government, possessing power to issue bonds and with them, or their proceeds, purchase, on a fair valuation, all the present battleships and armament of the world.

Let this Federated Government have a congress elected or appointed by the different nations, a supreme court for the settlement of international disputes, and a president, or executive head, selected by the congress or by the vote of an electoral college after the manner of our own government.

This Federated Government could then levy duties on exports or imports, at any port, in any nation, which did not voluntarily pay its fair proportion of the expenses of maintaining the Federated Government and of the principal and interest of its bonds. This method of coercing collection from a delinquent or defaulting nation would be easy of accomplishment. The way our government took possession of the port of Vera Cruz in Mexico and collected duties through the custom house is a good illustration.

The initial steps for the formation of this Federated Government could be taken at once by the United States and other neutral nations [assembling] in a convention composed of delegates from every nation choosing to participate, and there formulate a constitution for submission to, and adoption by, the different nations of the world in the manner provided by the convention.

Our own present constitution took effect before New York, North Carolina and Rhode Island had chosen to adopt it. Indeed riots occurred in New York over the question of its adoption, even after the constitution [had] been adopted by the "ten ratifying states." It was not until May 29, 1790 -- nearly two years after the United States constitution was adopted -- that Rhode Island finally decided to ratify it.

Probably as many problems and difficulties confronted the thirteen original states in coming together under our present constitution as would confront the nations of the earth today in getting [together] under a constitutional Federated Government -- because the present is undoubtedly the psychological time for such a movement.

All the thought of the world is centered on the [question] of how to secure a lasting peace.

The increasing burden of taxation for "preparedness" is becoming so heavy and burdensome as to almost paralyze the energies of every civilized nation; and everybody is seeking some method of relief.

The warring nations in Europe deprecate the present war, but do not dare to give up until there is some guarantee for future peace. At present each side seems to believe that the only way to attain lasting peace is by the complete defeat or exhaustion of their enemies.

The foregoing plan would enable these warring nations to obtain lasting and permanent peace without humiliation or dishonor; and the enormous waste of life and resources which each side must sustain if the war is continued would seem to be reason sufficient to make every nation willing to submit the adjustment of their differences to an impartial tribunal -- when assured that the decisions of such tribunal would be carried into effect.

No such tribunal exists today.

If no steps are taken to initiate such a Federated Government until the warring nations enter into negotiations for a treaty of peace, the matter might be taken up at that time as a part of the treaty of [page 3] peace -- in order to insure the permanency of the terms of peace agreed upon. But if, on the other hand, a convention of neutral nations had already formulated and submitted a fair, just and reasonable constitution for adoption, which gave power to the Federated Government to adjust and determine international differences and then to carry into effect its decrees, the warring nations might, as a part of the treaty of peace, agree to ratify and adopt such constitution, and thus at once make it possible for the Federated Government to be established.

This plan can be readily grasped and easily understood, and why is it not feasible?

It would dispense with the necessity for the building of any more battleships or armament by any nation.

It would dispense with the necessity of a large standing army by any nation.

By thus relieving every government from the necessity of building new battleships or maintaining a large standing army it would lift a monstrous and heretofore ever increasing burden of taxation from the most civilized nations of the world.

It would enable any nation, however small or weak, numerically or financially, to obtain the settlement of all its differences with any other nation in an impartial tribunal ruled by reason and justice and possessing ample power to enforce its decisions.

It would enable the present warring nations of Europe to dispose of their present battleships and armament at a fair valuation and with the proceeds liquidate a large portion of their present respective colossal debts.

It would do away forever with the double standard of morality which now retards the progress of civilization and which justifies a nation in settling its differences by the old barbarous law of might rather than by the modern civilized law of right; which is exactly contrary to the present accepted method of settling differences between individuals in all civilized countries.

It would insure a lasting and permanent peace for the world -- as the Federated Government would be so strong by possessing all the battleships and armament of the world that no nation could oppose it. [page 4]

The competition between nations in the effort to obtain or retain naval or military supremacy would cease and with the elimination of this thought of how to conquer, cripple or injure another nation a feeling of good will and friendliness would soon take the place of hatred and distrust.

A new definition of patriotism would be created which would embrace the whole world, and not simply one's own country, in its scope. The Fatherhood of God and the Brotherhood of Man would take on a new meaning.

There would be no need in the future to waste material resources by the construction of another cannon or another fort or another battleship, as the present armament of the world, when controlled by one government, with unlimited means (as it could impose and collect taxes or duties as necessities required) to hire and pay for all the soldiers and seamen, it needed, could easily do all international police duty and compel obedience to its authority, by the aid of the existing armament, in any part of the world. It could even be made treason for any nation to construct battleships or armament except for the use of the Federated Government.

Many other benefits might be suggested which would accrue from the adoption of this plan, which is merely outlined above in a very general way; but those stated, it would seem, should be sufficient to entitle this plan to a candid and serious consideration by all lovers of humanity who would be glad to see a permanent peace established between the nations of the earth upon an honorable basis.

Opinions, suggestions and criticisms upon this plan are solicited, with liberty to publish. 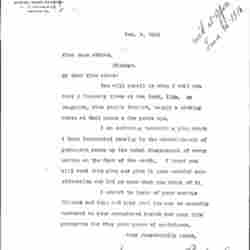 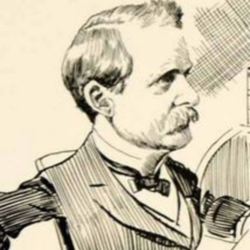 Packard argues that a Federated Government of neutral nations should be created to ensure international peace.