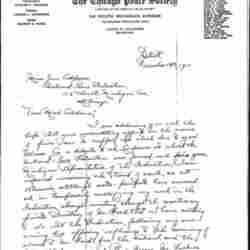 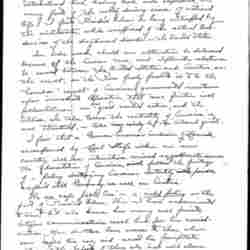 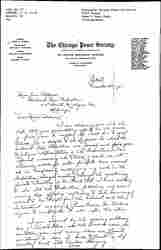 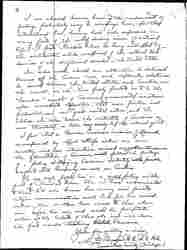 I am addressing you with the hope that your unremitting efforts in the cause of peace are to suffer no check due to your illness. As a delegate to the Conference at which the National Peace Federation was formed, and for a year, Michigan Representative of the Federation, I am informed concerning the trend of events, as not otherwise, although anti-pacifists have succeeded in temporarily nullifying my work in the Federation, through insisting through the reactionary private Secretary of Mr. Ford, that I have nothing to do with the Federation, following my overcoming his opposing influence to the securing of access to Mr. Ford for the National, and the International organized Peace Forces. Mr. Lochner agrees to investigate it all upon his return.

I am alarmed by the growing arbitrary tone of President Wilson, over the Ancona case, as doubtless you, and many others are. Cannot something be done at once, to prevent a diplomatic break with Austria-Hungary. [page 2]

I am alarmed because, knowing the undercurrent of feeling, particularly easy to recognize here, upon the international line, having had wide experience, in many parts of the world, during crises of national life, I fear President Wilson is being entrapped by the militarists, while unapprised of the actual tendencies of the day toward disorder in the United States.

In other words, should an ultimatum be delivered because of the Ancora case, and diplomatic relations be severed between the United States and Austria, as the result, as the Press freely predicts is to be the "harmless" result of American governmental insistence upon immediate reparation, that more friction will follow between our <once> great neutral nation, and the Allies. In other terms the neutrality of America in now threatened, as later may easily be of our internal quiet.

I fear that a German-American invasion of Canada, accompanied by Civil Strife within our own country, will, as intimations received corroborate cause the devastation of America, and follow <as> the fruitage of a policy destroying American neutrality, with possible conflict with Germany, as well as Austria.

The one safe path lies in a mild policy on the part of President Wilson. This I have communicated to him, but who knows how many such private citizen communications reach him, for his consideration. You, doubtless have access to those who can reach his ear, and arrest his precipitate action at the behests of those who view with alarm the first menace threatening British Possessions.

Yours for averting a crisis, 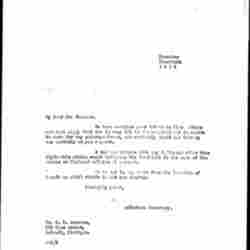 Parsons is troubled over the growing sentiment towards war and asks Addams to speak to those in power.