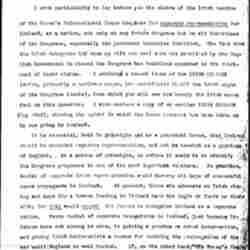 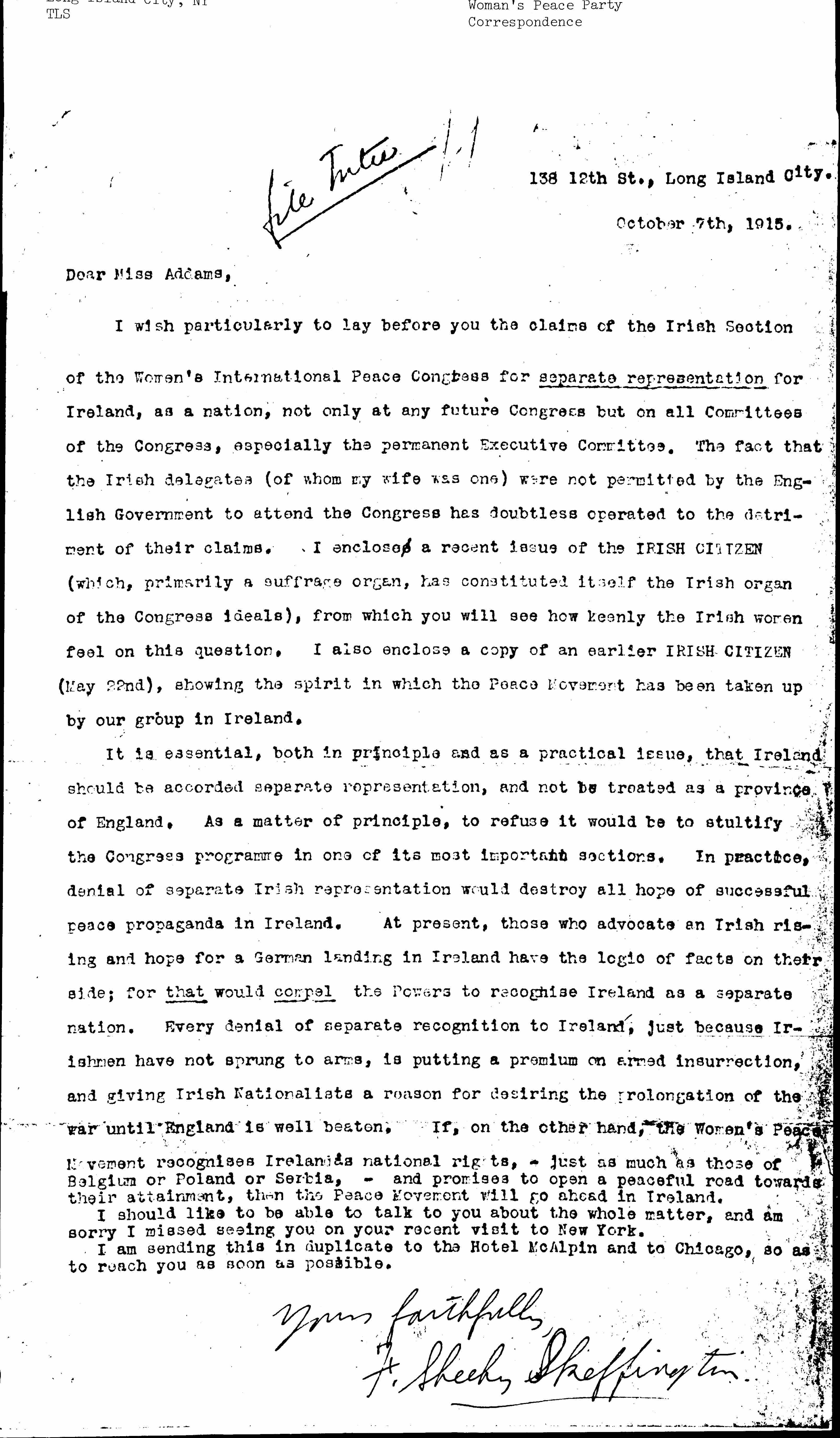 I wish particularly to lay before you the claims of the Irish Section of the Women's International Peace Congress for separate representation for Ireland, as a nation, not only at any future Congress but on all Committees of the Congress, especially the permanent Executive Committee. The fact that the Irish delegates (of whom my wife was one) were not permitted by the English Government to attend the Congress has doubtless operated to the detriment of their claims. I enclose a recent issue of the IRISH CITIZEN (which, primarily a suffrage organ, has constituted itself the Irish organ of the Congress ideals), from which you will see how keenly the Irish women feel on this question. I also enclose a copy of an earlier IRISH CITIZEN (May 22nd), showing the spirit in which the Peace Movement has been taken up by our group in Ireland.

It is essential, both in principle and as a practical issue, that Ireland should be accorded separate representation, and not be treated as a province of England. As a matter of principle, to refuse it would be to stultify the Congress [program] in one of its most important sections. In practice, denial of separate Irish representation would destroy all hope of successful peace propaganda in Ireland. At present, those who advocate an Irish rising and hope for a German landing in Ireland have the logic of facts on their side; for that would compel the Powers to [recognize] Ireland as a separate nation. Every denial of separate recognition to Ireland, just because Irishmen have not sprung to arms, is putting a premium on armed insurrection, and giving Irish Nationalists a reason for desiring the prolongation of the war until England is well beaten. If, on the other hand, the Women's Peace Movement [recognizes] Ireland's national rights, -- just as much as those of Belgium or Poland or Serbia, -- and promises to open a peaceful road towards their attainment, then the Peace Movement will go ahead in Ireland.

I should like to be able to talk to you about the whole matter, and am sorry I missed seeing you on your recent visit to New York.

I am sending this in duplicate to the Hotel McAlpin and to Chicago, so as to reach you as soon as possible.

International Committee of Women for a Permanent Peace, Irish Section

Skeffington asks Addams to allow the Irish section of the Women's International Peace Congress separate representation from the British section.