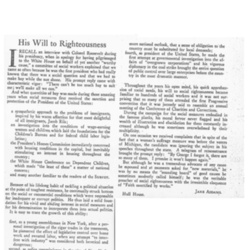 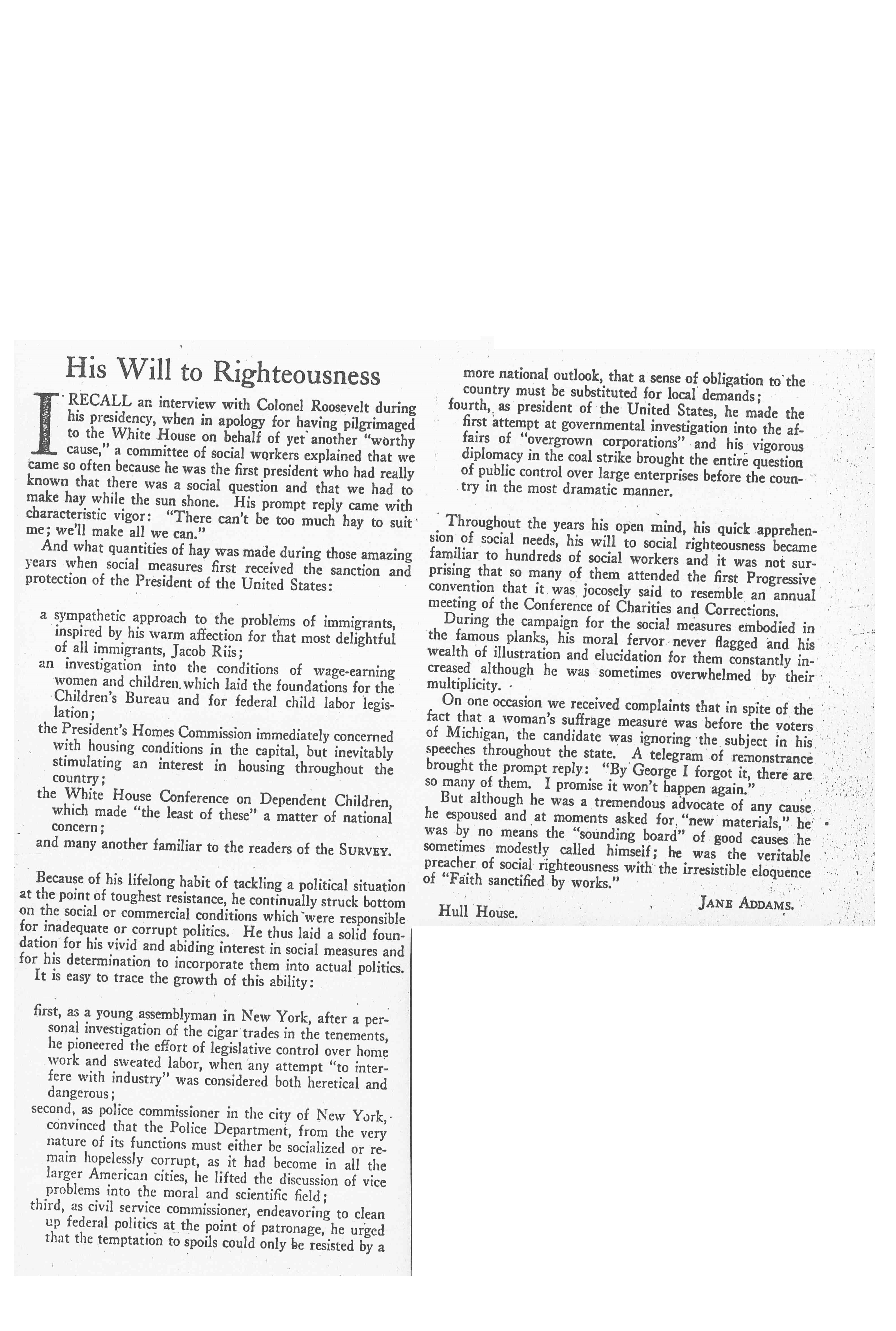 His Will to Righteousness

I RECALL an interview with Colonel Roosevelt during his presidency, when in apology for having pilgrimaged to the White House on behalf of yet another “worthy cause,” a committee of social workers explained that we came so often because he was the first president who had really known that there was a social question and that we had to make hay while the sun shone. His prompt reply came with characteristic vigor: “There can’t be too much hay to suit me; we’ll make all we can.”

And what quantities of hay was made during those amazing years when social measures first received the sanction and protection of the President of the United States:

a sympathetic approach to the problems of immigrants, inspired by his warm affection for that most delightful of all immigrants, Jacob Riis;

an investigation into the conditions of wage-earning women and children which laid the foundations for the Children’s Bureau and for federal child labor legislation;

the President’s Homes Commission immediately concerned with housing conditions in the capital, but inevitably stimulating an interest in housing throughout the country;

the White House Conference on Dependent Children, which made “the least of these” a matter of national concern;

and many another familiar to the readers of the SURVEY.

It is easy to trace the growth of this ability:

first, as a young assemblyman in New York, after a personal investigation of the cigar trades in the tenements, he pioneered the effort of legislative control over home work and sweated labor, when any attempt “to interfere with industry” was considered both heretical and dangerous;

second, as police commissioner in the city of New York, convinced that the Police Department, from the very nature of its functions must either be socialized or remain hopelessly corrupt, as it had become in all the larger American cities, he lifted the discussion of vice problems into the moral and scientific field;

third, as civil service commissioner, endeavoring to clean up federal politics at the point of patronage, he urged that the temptation to spoils could only be resisted by a more national outlook, that a sense of obligation to the country must be substituted for local demands;

fourth, as president of the United States, he made the first attempt at governmental investigation into the affairs of “overgrown corporations” and his vigorous diplomacy in the coal strike brought the entire question of publicly control over large enterprises before the country in the most dramatic manner.

Throughout the years his open mind, his quick apprehension of social needs, his will to social righteousness became familiar to hundreds of social workers and it was not surprising that so many of them attended the first Progressive convention that it was jocosely said to resemble an annual meeting of the Conference of Charities and Corrections.

During the campaign for the social measures embodied in the famous planks, his moral fervor never flagged and his wealth of illustration and elucidation for them constantly increased although he was sometimes overwhelmed by their multiplicity.

On one occasion we received complaints that in spite of the fact that a woman’s suffrage measure was before the voters of Michigan, the candidate was ignoring the subject in his speeches throughout the state. A telegram of remonstrance brought the prompt reply: “By George I forgot it, there are so many of them. I promise it won’t happen again.”

But although he was a tremendous advocate of any cause he espoused and at moments asked for “new materials,” he was by no means the “sounding board” of good causes he sometimes modestly called himself; he was the veritable preacher of social righteousness with the irresistible eloquence of “Faith sanctified by works.” 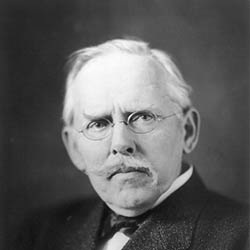 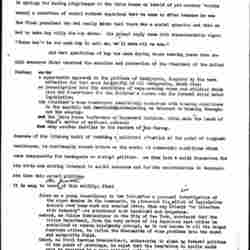 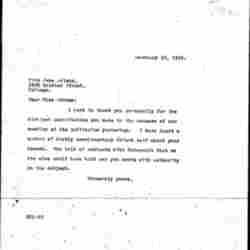 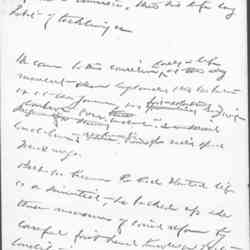 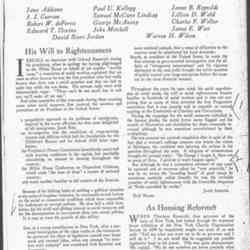