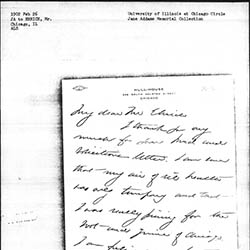 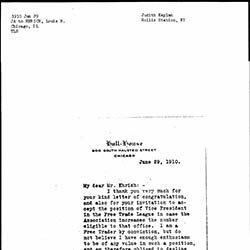 Louis Rinaldo Ehrich was one of the wealthiest millionaires in Colorado. He graduated from Yale in 1869 and studied at the University of Berlin for one year. From 1878 to 1885 he traveled Europe to study antique paintings. He was a member of the National Committee for Colorado of Gold Democrat Party, and the only delegate from the Rocky Mountain region to attend the Gold Democrat Convention in 1896. Ehrich was also a member of the Executive Committee for the Sound Money League. He was a part of Ehrich Bros., a family-run store, until 1886, after which Ehrich invested his money in real estate and bank stocks. Ehrich also bought Colorado Springs Garden Company and worked in herding for a short while. In 1900 he was the temporary chairman for the Third Party convention in Indianapolis. He was the founder and President of the Ehrich Galleries in New York, and a member of the Metropolitan Museum of Art, as well as many other historical associations. Ehrich was also an author, having written The Question of Silver, A Religion for All Time, and A Cure for Labor Troubles. He delivered many addresses on the gold standard, free trade, and anti-imperialism. Ehrich was also a passionate lover of music, as was his entire family. In 1901, Ehrich created a time capsule, the Century Chest, which was opened in 2001, and contained pictures and letters from him and his family.

Ehrich married Henrietta Ehrich in 1874. They had four children together. Ehrich died in 1911.