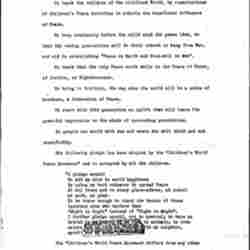 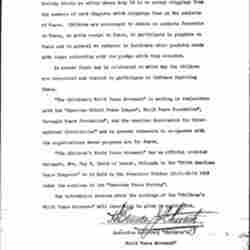 To teach the children of the civilized World, by organizations of Children's Peace Societies in schools the beneficent influence of Peace.

To keep constantly before the child mind the peace idea, so that the coming generations will do their utmost to keep from War, and aid in establishing "Peace on Earth and Good-will to Men".

To teach that the only Peace worth while is the Peace of Honor, of Justice, of Righteousness.

To bring to fruition, the day when the world will be a union of brothers, a federation of Peace.

To start with this generation an uplift that will leave its powerful impression on the minds of succeeding generations.

To people our world with men and women who will think and act unselfishly.

The following pledge has been adopted by the "Children's World Peace Movement" and is accepted by all the children.

"I pledge myself
To add my mite to world happiness
By using my best endeavor to spread Peace
At all times and in every place -- at home, at school
at work, at play --
To be brave enough to stand the taunts of those
ignorant ones who declare that
"Might is Right" instead of "Right is Might".
I further pledge myself, not to quarrel; to have no
hatred in my heart; to be kind to animals; to love
nature and to live at "Peace" with my neighbor,
myself, and my Maker".

The "Children's World Peace Movement" differs from any other movement in that it is our purpose to reach the children directly instead of reaching teachers and others; although we work in cooperation with them. [page 2]

"The Children's World Peace Movement" wherever possible will [cooperate] with the board of education and the state superintendents of public instruction.

Peace chapters are organized amongst the children and each Society elects an editor whose duty it is to accept clippings from the members of said chapters which clippings bear on the subjects of Peace. Children are encouraged to debate on subjects favorable to Peace, to write essays on Peace, to participate in playlets on Peace and in general we endeavor to inculcate their youthful minds with ideas coinciding with the pledge which they accepted.

An annual Peace day is celebrated on which day the children are instructed and trained to participate in tableaus depicting Peace.

"The Children's World Peace Movement" has an official credited delegate, Mrs. Ray S. David of Denver, Colorado to the "Fifth American Peace Congress" to be held in San Francisco October 10-11-12-13 1915 under the auspices of the "American Peace Society".

Any information desired about the workings of the "Children's World Peace Movement" will cheerfully be given on application. 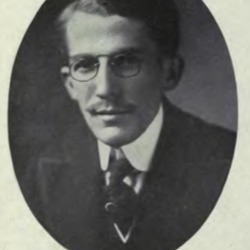 The Children's World Peace Movement aims to educate children on peace by working with boards of education and superintendents on implementing peace lessons and concepts.