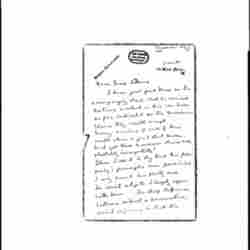 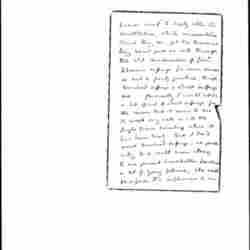 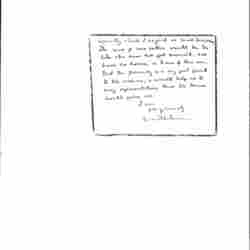 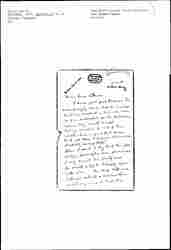 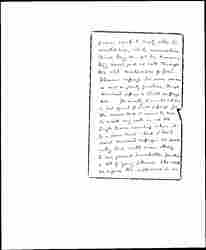 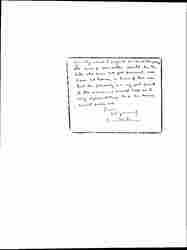 I have just put down on the accompanying sheet, what the various nations involved in this war have so far indicated as the minimum terms they would accept.

Many members of each of them would claim a great deal more. And yet these minimum claims are absolutely incompatible!

When I said [today] that Mr Ponsonby's principles were pernicious I only meant his party ones. In social subjects I largely agree with him. The chief difference between radical & conservative social reformers is that the [page 2] former want to largely alter the constitution, while conservatives think they can get the measures they want just as well through the old mechanism of govt.

Womens suffrage for some reason is not a party question, though manhood suffrage & adult suffrage are. Personally I would not be a bit afraid of adult suffrage for the reason that it seems to me to work very well in all the Anglo Saxon countries where it has been tried. But I don't want manhood suffrage, as [practically] that would mean adding to our present householder franchise a lot of young fellows, who would [reinforce] the influences in our [page 3] country which I regard as most dangerous. The mass of new voters would be the lads who have not yet married, & so have no house or home of their own. But Mr Ponsonby is a very good friend to the women, & would help us to any representation that the House would give us.

I am
yrs sincerely

Selborne talks about the war and what the warring nations see as minimal terms for peace. She also talks about how woman suffrage is a secondary and less important issue to these governments.

The mentioned attachment was not found.