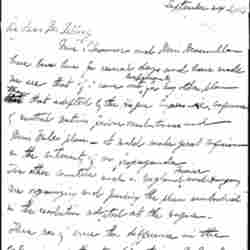 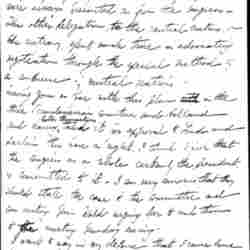 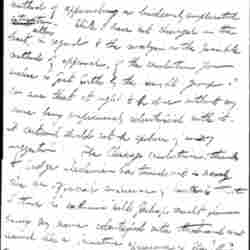 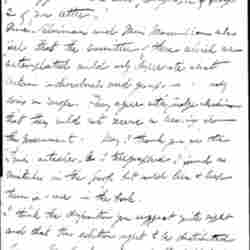 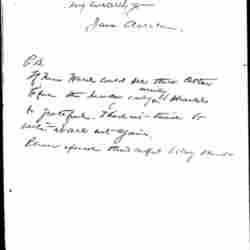 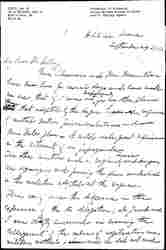 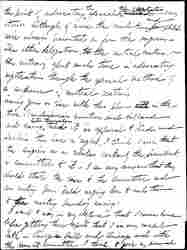 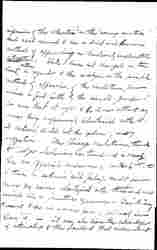 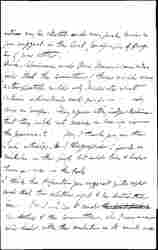 Mme. Schwimmer and Miss Macmillan have been here for several days and have made me see that if I came out <conspicuously> for any other plan that <than> that adopted by The Hague Congress -- i.e. conference of neutral nations [per our] resolutions and Miss Wales' plan -- it would make great confusion in the continuity of our propaganda.

The other countries, such as England <France> and Hungary are organizing and pushing the plan embodied in the resolution adopted at The Hague.

There was of course this difference in the experience of the delegations; Dr. Jacobs and I were chiefly concerned in convincing the belligerents of the value of negotiations versus military methods, when and we did not reach [page 2] the point of advocating <the> special method <type of negotiations> very strongly although of course the resolution <and> pamphlet were always presented as from the congress. The other delegation, to the neutral nations, on the contrary, spent much time in advocating negotiations through the special method of a conference of neutral nations.

Having gone so far with this plan with in the three Scandinavian countries and Holland and having <later themselves> taken it for approval to London and Berlin they have a right, I think to feel that the congress as a whole certainly the president, is committed to it. I am very anxious that they should state the case to the committee and am writing Miss Wald urging her to ask them to the meeting Monday evening.

I want to say in my defense that I came home before getting their reports, that I was very careful both in Carnegie Hall and Chicago and with the Henry St. committee, I think, to give my personal [page 3] impression of the situation in the "warring countries" and what seemed to me a direct and human method of approaching a hideously complicated and <situation>. While I have not changed in the least, <either> in regard to the analysis or the possible method of approach, if the resolution you enclose is put forth by the Henry St. group I am sure that it ought to be done without my name being conspicuously identified with it. It certainly should not be spoken of as my suggestion. The Chicago resolution, thanks to Judge Dickinson, has turned out so nearly like an official conference of neutrals that I think no confusion will perhaps result from having my name identified with that and what seemed like a premature appearance of plan "B." may turn out to be only another piece of publicity for plan "A". It may also have the advantage of intimating to the president that independent [page 4] action may be stated and may push him, as you suggest in the first paragraph of page 2 of your letter.

Mme. Schwimmer and Miss Macmillan also feel that the committee of three which we contemplated would only duplicate what certain individuals and groups are [already] doing in Europe. They agree with Judge Dickinson that they could not receive a hearing from the governments. May I thank you for the "Times" articles. As I telegraphed I found no mistakes in the proofs but would like to keep them for use in the book.

I think the disposition you suggest quite right and that this edition ought to be distributed free. May I ask you to read the first past of this letter to the committee -- who, I am sure, will deal with the resolution on its merits and [page 5] I hope will find it in their hearts to forgive my defection.

If Miss Wald could see this letter before the Monday evening <meeting> I should be grateful. I hadn't time to write it all out again. Addams maintains that she cannot support any peace plan besides the one decided on at the Hague.

Mary Rozet Smith penned the body of the letter for Addams. Addams signed it and added a postscript.