Statement of Miss Jane Addams Before the House Committee on Foreign Affairs, December 12, 1916 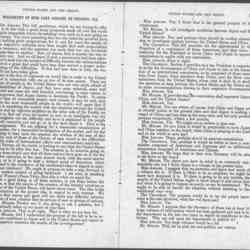 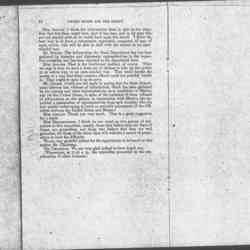 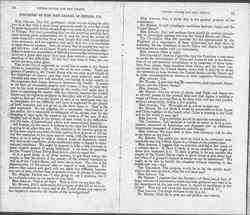 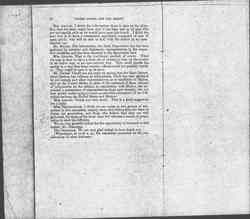 Miss ADDAMS. This bill, gentlemen, which we are trying to offer you is in line with a great many proposals made all over the world to make impossible future devastating wars, such as is now going on in Europe. For years preceding this war the countries involved have been making great preparations for it, and for years the people of these respective countries have been taught that such preparations were necessary, and the assertion was made that war was inevitable at some time or another. Now, of course, that is exactly the way to get into war. And we all know if such a commission had been established to look into the matters of difficulty between the various nations involved a great deal could have been done toward a proper understanding of the difficulties. If this had been done in time, the war would not have taken place.

That is the line of argument we would like to make in the United States in connection with one or two of its sore points. There are groups of people in the United States who are very much afraid of the ambitions of Japan; and they have some material, some well founded and some not well founded, convincing, to some extent, in the argument that Japan desires to dominate the Pacific. It seems to me that all reasonable people -- and women, it may be said, may not be the most reasonable people in the world -- will agree that if there is something the matter with the relations between the United States and its vigorous neighbor on the other side of the Pacific, we ought to find out what the matter is, and, in an intelligent way, try to straighten out the difficulty and have it explained to the people of both countries and not go on in the dark about it. That is the real argument. We are arguing for a reasonable consideration of the matter, for a reasonable investigation of the matter, and for the bringing to bear upon the question the wisdom of the men of this country and of those of the Orient, of men versed in the difficulties and the tasks of international affairs and international relations.

All Europe, all the world, is looking to see what the United States is going to do after this war. The question is, Is America going on in the same stupid way that all these nations have gone on in for the last few centuries, in the same narrow track, with the same narrow views, or is it going to take a distinct point of departure, which will lead to the overthrow of the traditional ideas in regard to international relations? We ought to prepare to take a step forward in these matters instead of going backward. I am sure, in speaking for the [Woman's] Peace Party, that this is what we stand for.

It is a good thing, in all these matters, to put them before the people, so that the people of the country, of the oriental countries as well as of the United States, will know about them. The idea is the dissemination of the proper idea in regard to such matters. We believe that reason and good will can settle any difficulty between any sets of men, whether they be groups of men or groups of nations.

Mr. MILLER. Pardon me -- I was going to ask a question, but I have already taken up too much of your time.

Miss ADDAMS. That is all right. That is what we are here for.

Mr. MILLER. Did I understand the purpose of the bill to be to investigate conditions in Japan and in the United States and report to the respective countries the results of the investigations? [page 2]

Miss ADDAMS. Yes; I think that is the general purpose of the commission.

Mr. MILLER. It will investigate conditions between Japan and the United States?

Miss ADDAMS. Yes; and perhaps there should be another commission to investigate matters between the United States and China.

The CHAIRMAN. This bill provides for the appointment by the President of a commission of three Americans, and then there is authority for the President to invite China and Japan to appoint commissions to confer with our commission.

Miss ADDAMS. That is right.

The CHAIRMAN. Section 2 provides that the President is requested to invite the Governments of China and Japan to join in the formation of an international commission, to be composed of three members from Japan, three members from China, and the three commissioners from the United States, whose duty it shall be to study the questions at issue between the United States and the Orient and to make recommendations thereon to their respective Governments.

Mr. MILLER. It provides that the commission shall represent Japan, China, and the United States?

Mr. MILLER. You are aware, of course, that China and Japan are at swords' points at the present time and that Japan is making a vassal of China, and has done so for some time, and has only paused, perhaps temporarily, within a few months.

Miss ADDAMS. Yes. We might act as referee in that case.

Mr. MILLER. Do you think it would be practicable to have Japan and China together on the board, when China is praying to the Lord and to the world to save her?

Miss ADDAMS. There, perhaps, should be separate commissions.

Miss ADDAMS. We hope that in time even Germany will be able to sit down at the board.

Mr. MILLER. The object you have in mind is an extremely commendable one, but I think Japan is a volcano at the present time.

Miss ADDAMS. I suggest that we ascertain and know how much of a volcano she is. If there is likely to be an eruption, we ought to know how imminent it is. If there is going to be any trouble, the people of the United States ought to know about it and about how and when it is going to happen as nearly as can be ascertained. We ought to be able to handle the situation without resorting to the traditional way -- war.

The CHAIRMAN. The purpose would be to let the people know what is the real situation, what the real facts are?

Mr. MILLER. I suppose that the Secretary of State has at least 10 large volumes of information which has been gathered and sent in to the department in the last two years in regard to conditions in the Orient. Why not call upon the department to publish it?

Miss ADDAMS. Ten large volumes would be a lot.

Mr. MILLER. Well, let us pick out and publish one volume. [page 3]

Miss ADDAMS. I think the information there is open to the objection that has been urged here, that it has been sent in by men who are not exactly such as we would have upon this board. I think the best way is to have a commission appointed, composed of men of open minds, who will be able to deal with the matter in an open-minded way.

Mr. MILLER. The information the State Department has has been gathered by consular and diplomatic representatives in the respective countries, and has been reported to the department here.

Miss ADDAMS. That is the traditional method, of course. What we urge is that we have a fresh set of citizens to take up the matter in an active way, in an open-minded way. They could handle the matter in a way that these consular officers could not possibly handle it. They ought to open it up de novo.

Mr. COOPER. Could you not reply by saying that the State Department likewise has volumes of information, which has been gathered by our consuls and other representatives, as to conditions in Mexico, and yet the United States, in spite of the existence of these volumes of information on the subject, in conjunction with Mexico, has appointed a commission of representatives from each country, who are now quietly endeavoring to reach an amicable adjustment of the difficulties between the United States and Mexico?

Miss ADDAMS. Thank you very much. That is a good suggestion for a reply.

Miss [BRECKINRIDGE]. I think we can count on two groups of supporters in this committee, namely, those that believe that our fears of Japan are groundless, and those who believe that they are well grounded, for those of the latter class will welcome a means of preparation to meet the difficulty.
We are very grateful indeed for the opportunity to be heard on this matter, Mr. Chairman.

The CHAIRMAN. We are very glad indeed to have heard you.

(Whereupon, at 11.45 a.m., the committee proceeded to the consideration of other business.)

Addams testifies before the House Committee on Foreign Affairs about relations between the United States and Japan and China.