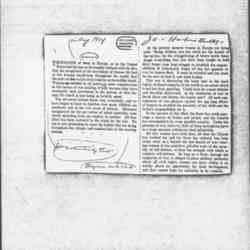 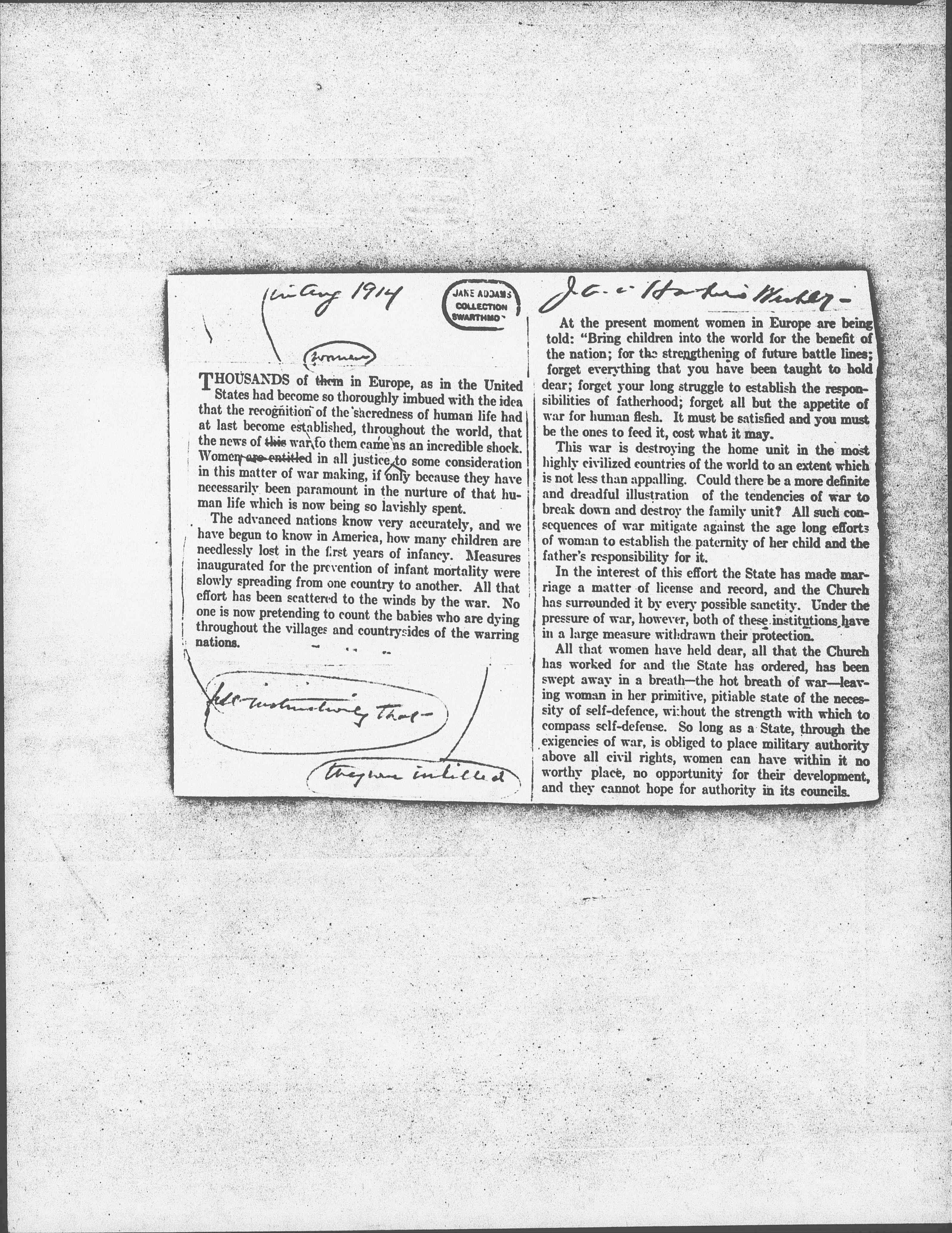 THOUSANDS of them <women> in Europe, as in the United States had become so thoroughly imbued with the idea that the recognition of the sacredness of human life had at last become established, throughout the world, that the news of this war <in Aug 1914> to them came as an incredible shock. Women are entitled <felt instinctively that> in all justice <they were entitled> to some consideration in this matter of war making, if only because they have necessarily been paramount in the nurture of that human life which is now being so lavishly spent.

The advanced nations know very accurately, and we have begun to know in America, how many children are needlessly lost in the first years of infancy. Measures inaugurated for the prevention of infant mortality were slowly spreading from one country to another. All that effort has been scattered to the winds by the war. No one is now pretending to count the babies who are dying throughout the villages and countrysides of the warring nations.

At the present moment women in Europe are being told: "Bring children into the world for the benefit of the nation; for the strengthening of future battle lines; forget everything that you have been taught to hold dear; forget your long struggle to establish the responsibilities of fatherhood; forget all but the appetite of war for human flesh. It must be satisfied and you must be the ones to feed it, cost what it may."

This war is destroying the home unit in the most highly civilized countries of the world to an extent which is not less than appalling. Could there be a more definite and dreadful illustration of the tendencies of war to break down and destroy the family unit? All such consequences of war mitigate against the age long efforts of woman to establish the paternity of her child and the father's responsibility for it.

In the interest of this effort the State has made marriage a matter of license and record, and the Church has surrounded it by every possible sanctity. Under the pressure of war, however, both of these institutions have in a large measure withdrawn their protection.

All that women have held dear, all that the Church has worked for and the State has ordered, has been swept away in a breath -- the hot breath of war -- leaving woman in her primitive, pitiable state of the necessity of [self-defense], without the strength with which to compass self-defense. So long as a State, through the exigencies of war, is obliged to place military authority above all civil rights, women can have within it no worthy place, no opportunity for their development, and they cannot hope for authority in its councils. 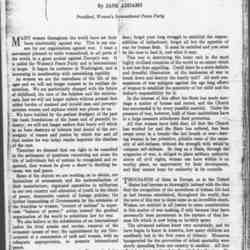 Addams discusses the devastating impact of World War I on women's traditional responsibilities.